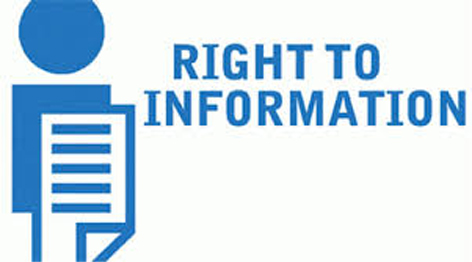 It is quite astounding that the importance of the Right to Information Act is still not realised and non seriousness shown is galore in implementing its various provisions by majority of the Public Information Officers (PIOs) in various departments of the UT of Jammu and Kashmir. In other words, it denotes that a feeling is floated that the apparatus of the Government functioning , its various departments and agencies etc were not quite responsive and perhaps good governance was in increasing deficit. Should on frequent occasions , intervention of the Central Information Commission (CIC) be considered even a routine exercise and the strictures passed by it against the ‘defaulting’ UT authorities and issues clear cut orders for due compliance in respect of non implementation of various provisions of the RTI, be not considered as a reflection of recklessness on the part of the PIOs. The crux of the provisions of the RTI are that any Indian citizen had the right to seek information from a public authority of the Government and such authority was bound to furnish the requisite information at an early date within 30 days of such request.
Seeking information includes inspection of work and records , taking notes, extracts or certified copies of the documents and records and even taking the certified samples of material held by a public authorityand rendering such assistance to the applicants, in seeking the desired information , which they may feel in need of . Public Information Officers , in this aspect, are expected to play the key and hence the prominent role . In fact, legally the PIOs are bound to give information to a person who applied for getting the requisite information under the RTI Act. It is again either a travesty or the lack of adequate knowledge about the subject that most of the PIOs perhaps do not know that a citizen’s right to information is no less than at par with the Members of the Parliament and members of the State Legislatures or in other words it means any information which under rules cannot be denied to these representatives of the people cannot be denied to an ordinary common citizen desirous of seeking an information. To make things smooth and easy for information seeking citizens, it is incumbent upon the PIOs that the information canbe made known also through means and measures like on notice boards, through newspapers, by public announcements, media channels, internet and other means including inspections of offices of any public authority.
The leverage and the elasticity in the exercise to furnish a particular information gives the autonomy to a seeker to feel not satisfied , of course on tangible grounds and apprehensions, and an applicant can bring into notice of an PIO about such dissatisfaction which needed clarification and more elaboration .Not only that an information within the realm of another PIO but receiving the same from an applicant by a particular PIO cannot return the same to him or her simply because it did not pertain to that PIO but is duty bound to transfer such written request to the concerned PIO within five days so that due process of sharing the information did not take more time. Under these clear cut provisions of the RTI Act, all going in recognition of the right of a citizen , it is a matter of stupefaction that avoidable instances of non implementing the provisions of the Act should come to the fore. However, it is also not the purpose of the RTI and its provisions that to satisfy an applicant seeking information in a particular form or content can be given which had the idea of reshaping the information as no PIO can reshape, alter or modify any information but as it is, and not otherwise barred by the law from disclosing , can furnish the same. What is needed that the UT Government of Jammu and Kashmir must reorient the structure and the realm of providing the information to citizens vis-a-vis the Public Information Officers , under the RTI Act and pass clear cut, serious and business like directions to all PIOs in respect of implementation of all the provisions of the RTI Act scrupulously to avoid complaints and the resultant complicacies at the levels of the Central Information Commission.