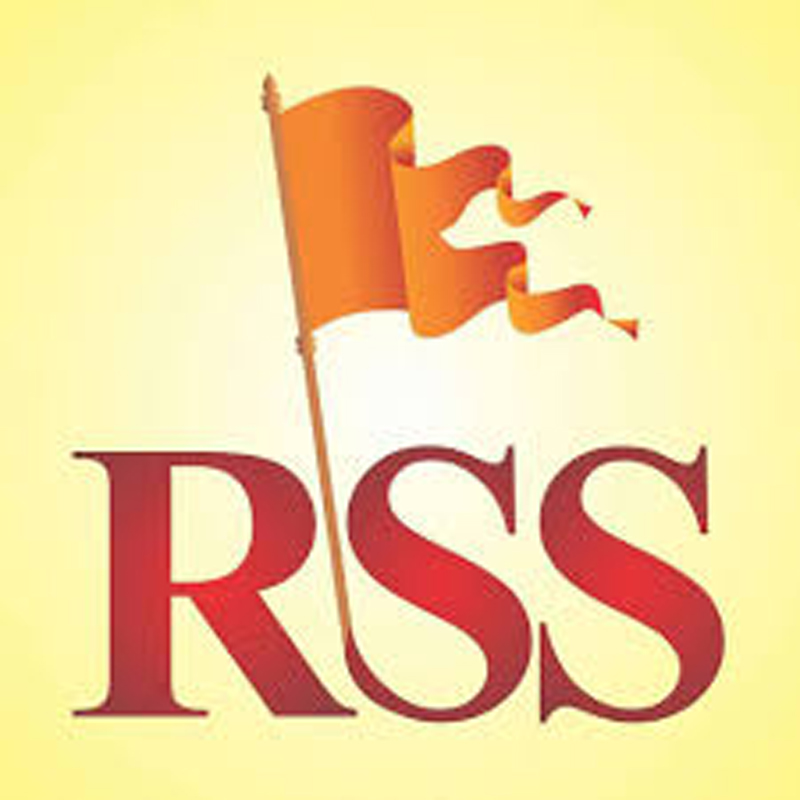 JAMMU, Sept 17: Rashtriya Swayamsevak Sangh (RSS) has expressed grave concern over the failure of Government in arresting the militants responsible for killing of Parihar brothers and RSS leader and his PSO in Kishtwar in two different attacks in November last year and April this year respectively.
The RSS leaders who held a secret meeting at Birpur in Samba district today under the leadership of BJP national general secretary (Org), B L Santosh said despite the NIA probe, the authorities are clueless about the militants responsible for killing of the BJP senior leader Anil Parihar and his brother who were gunned down by unidentified gunmen in November last year at Kishtwar and RSS leader, Chanderkant Sharma and his PSO in April this year.
The meeting among others was attended by Arun Ji, Akhil Bhartiya Prachar Pramukh (RSS) and Sangh strategist on J&K, Prant Pracharak, RSS, Rupesh Ji, Surinder Ji, Prant Seh Karivah of Sangh and other senior functionaries of the organization besides some senior leaders of the State BJP.
The meeting, according to sources, has decided to exert pressure, on Government to take the Kishtwar killings seriously and ensure immediate arrest of the militants responsible for killing of the Sangh and BJP leaders.
It also expressed concern over intensification of terror incidents in Kishtwar for last one year where from the militancy was totally eliminated earlier. The meeting termed the recent incident in which the terrorists entered into the house of a PDP leader, held his family hostage and snatched the weapon of his PSO a serious issue. The Sangh leaders were of the opinion that stringent measures be taken to flush out the terrorists from the area so that common people have a sense of security, sources added.
Sources said the meeting also stressed on strengthening the VDCs in Doda and Kishtwar districts to ensure safety and security of the people living there.
Sources said the meeting also discussed the future strategy for the J&K and Ladakh which were declared the Union Territories by the Government after abrogation of Articles 370 and 35-A. The issue of traders also figured in the meeting who were also facing some problems due to ban on Internet and whose business also suffered losses due to the strike in Kashmir as the hundreds of crores of traders were blocked in Valley due to strike.
The meeting urged the Government to take measures to solve the problems of traders and industrialists of the State who are also facing problems in filing their returns due to ban on internet. The issues of border people who often become target of Pak shelling also came up for discussion in the meeting.
Later the RSS general secretary (Org), B L Santosh visited BJP Office and held a meeting with party senior functionaries there. The RSS leader informed them the strategy which was adopted by the party at national level for abrogation of Article 370 and 35-A as well reorganization of the State.
He said that abrogation of controversial Articles and reorganization of State did not happen in a day or two but the strategy for the same was started the day the BJP came out from the Mehbooba Mufti Government in June last year.
The decision of abrogation was taken with meticulous planning by the Narendra Modi Government and it was decided to present the Bill in Rajya Sabha first to ensure the support in the Upper House where the BJP had not proper majority.
However, it was heartening to see that some opposition parties including BSP, Telugu Desam and others also supported the Government and “we passed the law in both Houses with two third majority which was a great victory for Modi Government’’. Santosh said to bring the Bill in Upper House was to ensure that it gets passed there first.
The national vice president of the party, Avinash Rai Khanna and other leaders of the State including BJP State president, Ravinder Raina, Party State general secretaries, Ashok Kaul, Sunil Sharma, Yudhvir Sethi, former Minister, Sat Sharma, party chief spokesperson, Advocate Sunil Sethi, and other leaders including MLCs Surinder Ambardar and Ajay Bharti were also present in the meeting.