JAMMU, Sept 17: The Independent Councillors of Jammu Municipal Corporation (JMC) have raised certain issues and sought the attention of the Government to resolve them.
In a press conference here today these Councillors said that they are not getting funds to carry on developmental works in their Wards while their counterparts in Srinagar Municipal Corporation have got funds @ Rs 25 lakh per Ward apart from assurance from Governor for 100 street lights per Ward.
They also said that there is shortage of Safai Karamcharis which is hindering the cleanliness in the city.
These Councillors further demanded enquiry into the charges of corruption in JMC and sought transparency in the working of the Corporation.
Regular meetings apart from empowering of standing committees were other demands raised by these Councillors.
They also expressed concern over the poor water and power supply in the city and demanded facilities for the newly created Wards.
Provision of dispensary in each Ward, pension for old age, widows and physically challenged people were also demanded apart from facilities to the Safai Karamcharis.
The Independent Councillors further demanded empowerment of JMC’s engineering division and appointment of linemen and helpers.
They also said that responsibility should be fixed for the executed JMC works by the contractors to maintain quality of the executed works.
Vijay Choudhary, Ashok Singh Manhas, Sham Lal Basson, Amit Gupta, Prof Yudhvir Singh, Anita Sharma, Jagdish Raj Sharma, Anu Bali, Sandhya Gupta, Shama Akhtar, Inder Singh Sudan, Sucha Singh, Rani Devi and Ghar Singh were among the Independent Councillors present in the press conference. 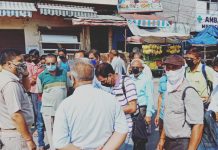 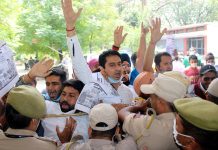