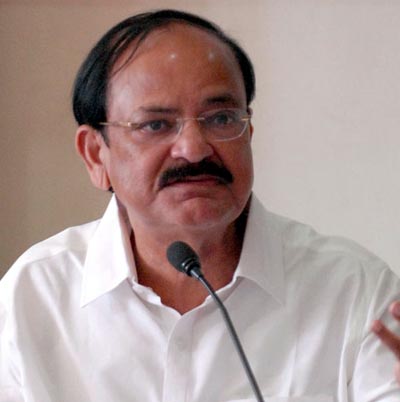 NEW DELHI: Rajya Sabha Chairman and Vice President M Venkaiah Naidu today set in motion the process for election of the deputy chairman of the House, holding talks on the issue with the Parliamentary Affairs Minister.

According to sources, the RS Chairman called Minister of Parliamentary Affairs Ananth Kumar and discussed the polling procedures and various precedents regarding the election of deputy chairman.

Hectic deliberations are on among the opposition parties to wrest the post. Some opposition parties are of the view that the post should go to a non-BJP, non-Congress party leader and some of them are in touch with with the Congress for its support to the proposal. (AGENCIES)