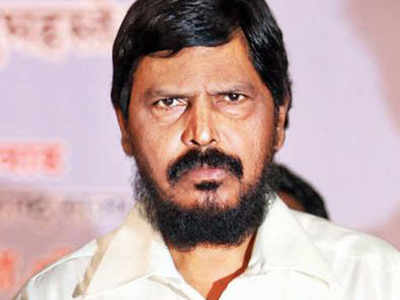 MUMBAI: Union Minister Ramdas Athawale today said the BJP-led NDA would win the 2019 Lok Sabha polls as it is steered by a “strong captain” like Prime Minister Narendra Modi unlike the opposition parties which have “many captains”.

Athawale also welcomed the decision of the BJP to pull out of the Mehbooba Mufti Government in Jammu and Kashmir, saying attempts were being made to disturb peace in the Valley.

Taking a dig at opposition parties that are trying to put up a united front to take on the BJP in upcoming polls, Athawale said, “these parties have many captains whereas the NDA has a strong captain in Narendra Modi. The NDA has a good batsman like me. We will win the 2019 match”.

When asked about the “Saamana” editorial which termed the BJP’s victory in 2014 as a “political accident” that will not repeat in 2019, Athawale said the Shiv Sena and the BJP are friends for the last 30 years and their relationship has seen many ups and downs. (AGENCIES)