No prayers in mosques, shrines on Shab-e-Baraat

B L Saraf
The August 5th, 2019 Constitutional changes made with respect to the erstwhile state of J&K gave rise to the expectations that henceforth everything will get set right in the state. Assurances were held out by the Government sources that ‘ prosperity’ for the state will come up in phases. First phase would unfold soon and others will follow in quick succession. Six months down the line, we are there where we were before the eventful day – bereft of a democratic structure of governance .And worse, denied of effective modes of the communication.
As apprehended by the knowledgeable, the side effects of August 5th, 2019 exercise are beginning to take a toll . The erstwhile J &K State has gone: with it so has gone the State Legislature. While as Legislative Council has been abolished, for good, the Legislative Assembly has gone in a limbo and, as events portend, there are remote chances of it coming to the life, soon. People are gasping for a breath of democracy.
At the time of reorganization of J&K impression was given that the democratic process will commence soon and elections to the Assembly will be held to constitute a popular Government. The announcement, nonetheless, was preceded by the condition that, first, there will be a delimitation of the assembly constituencies in the UT of J&K which will get under way immediately. The exercise had become necessary in view of the increase in number of assembly constituencies and a provision for reservation of few of them for the STs . Five months on, there is no movement on the front. Contrarily, we get a hint that the Central government is contemplating changes in the J&K Reorganization Act, 2019 in order to remove the anomalies discovered in Sections 59, 61 and 63, thereof which have given rise to couple of questions. Indeed, there are glaring contradictions in these sections which render them unworkable.
A joint reading of these sections creates confusion: whether the elections will be held as per the last delimitation. In that case election can be held only for 83 seats and not 90 as envisaged after the fresh limitation. Another question that comes to the mind is whether state election will have to wait for a countrywide delimitation of the constituencies. The fresh delimitation, as provided by sections 59 – 61 of the Act, would require measurement of the territory and count of the people in each constituency which is to be carried out as per 2011 census. Section 63 of the Act, on the other hand, makes reference to the first census taken after year 2026. This matter needs to be sorted out, for which necessary amendment to the Act is required. Till then, the process of delimitation and consequent assembly election will be put on hold. Going by the past experience, it is feared that the hold will go on for years together . The realization is, probably, not lost on the political leaders who have been set free and are on way to gather some political momentum. They have referred to the contradiction in law and sought its early resolution so that elections can be held to constitute the Assembly and a popular Government is put in place, sooner than later.
G O I seems to be keen on holding elections to the DPDBs in J&K, with a view to strengthen democracy at the grass root level . This may sound good but when we do not have an elected Government at the top in the UT incongruity becomes too visible to escape attention. The scenario reminds us of the “Basic Democracy “concept adopted, as a diversion, by Gen Ayub Khan in Pakistan when he was at the helm in the sixties of previous century. He went ahead with the idea of ‘ democracy ‘in a village while stoutly refusing it at the top. No wonder, there were no takers of the idea. The ‘ Trickledown Effect ‘ is an accepted norm – meaning thereby what works at the top goes down, well. At the moment, J&K needs it more than any another state.
It gives some hope. Indications, though feeble but encouraging, are coming out of the Raj Bhawan that, in days to come, we may see a semblance of normalcy returning to the UT. The L G is on the job of eliciting opinions from various sections of the civil society, as he has started an interaction with select mainstream political leaders – mainly from Kashmir. He has met with a eight member delegation of former legislators, including three former ministers, and has had a round of parleys with them. The delegation has submitted a fifteen point memorandum to him, and, as per the media reports, the interaction has sounded a positive note. The memorandum does refer to some issues which have affected life of a common person in J&K and, therefore, call for an immediate action. No doubt, it is significant development which must be welcomed. Area of consultations, nevertheless, must be widened. It remains to be seen do these select leaders have enough political stature to inspire confidence among a significant section of the Kashmir society, to lend credibility to the dialogue process? It should not be forgotten that these leaders are products – indeed beneficiaries – of the same political breed which the Central Government, day in and day out, condemns as corrupt and discredited. Some of them have, in the past, travelled across many political parties.
If the genuine political process has to start in Jammu and Kashmir -which in fact must without any further delay – then the three former CMs and other leaders who have a sworn to the Indian Constitution, and wield influence across the region must be freed immediately. Besides, they should be allowed a level playing field in making a political point, along with those whom central leadership may want to co-opt.
(The author is former Principal District & Sessions Judge)
feedbackexcelsior@gmail.com 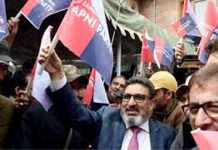 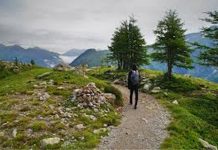 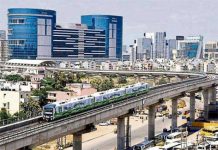 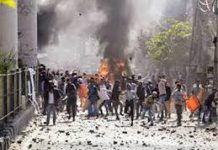 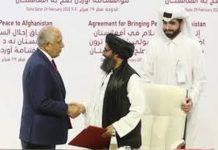