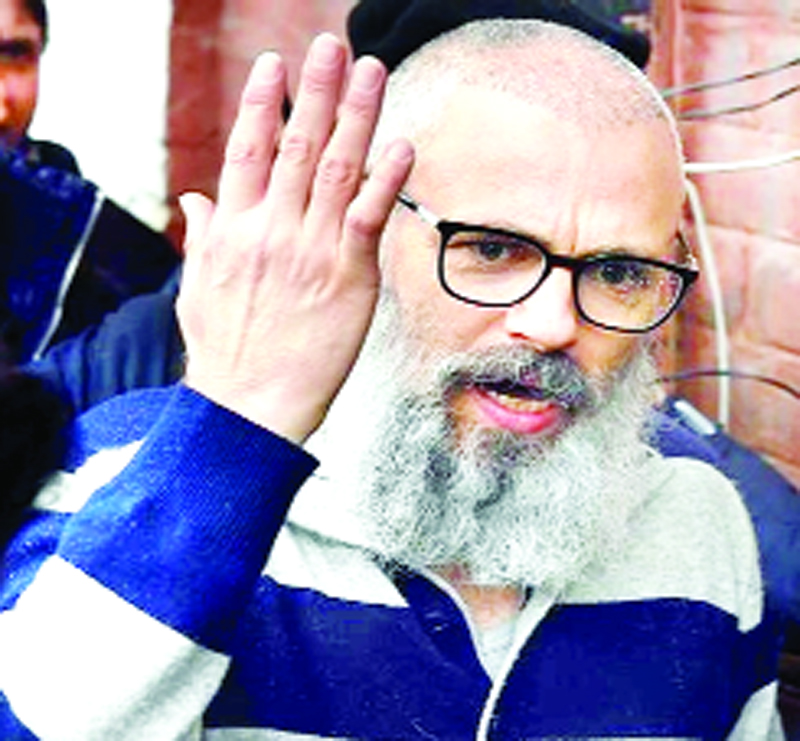 Former J&K Chief Minister Omar Abdullah, who was released from about eight month detention on Tuesday, today gave tips of surviving quarantine, saying establishing a routine and exercising was a must to stop feeling of aimlessness.
Abdullah, who is the vice-president of National Conference (NC), was on Tuesday released after about eight months following revocation of his detention under Public Safety Act (PSA). The detention of Abdullah was revoked after PSA slapped on him was withdrawn by the J&K administration.
In a series of tweets, Abdullah said if anyone wants tips on surviving quarantine or a lock down, he has months of experience at his disposal, perhaps a blog is in order. ‘’The response to the tweet has encouraged me to share a bit of my own experience. It will probably sound rather self evident but it really helped me over the months of solitary detention. I’ll keep adding tweets to this thread as things come to mind so keep checking back,’’ he tweeted.
He said people should first establish a routine and try to stick to it. ‘’In all the months, I was in HNSJ (Hari Niwas Sub-Jail) I stuck to a routine as though it were carved in stone. The routine gave me a sense of purpose & stopped me feeling aimless or lost,’’ he tweeted.
“I woke up & went to bed around the same time every day. No lazy Sunday morning lie ins for me. Get up & get ready. Having nowhere to go is no reason to spend all day in your night suit. I lived in track pants but I never slept in them or sat around in my PJs,’’ he said.
“Fix your meal times & stick to them. I ate my meals on my own. Put it down to the habit of boarding school & my need for structure For me it was breakfast at 8:30, lunch at 2 & dinner at 7:30 with a mug of coffee at 12 (after the doctor had checked my BP) & evening tea at 6,’’ he added.
He said exercising was very important. ‘’Exercise, exercise, exercise. I can’t emphasise this point enough. I was fortunate to have space & access to the grounds in HNSJ to get outside but even when the weather didn’t permit I exercised indoors – walking in the corridor, up & down the stairs or just endless burpees,’’ he said.
Mr Abdullah said he used a couple of apps which were really helpful because he had workouts downloaded on them earlier. ‘’Nike Training Club & Fitbod (both on iOS & probably Android as well) were great for workouts of varying intensity & equipment levels,’’ he added.
The former Chief Minister was released a day after political parties, including NC MP Hasnain Masoodi and Iltija Mufti, daughter of former Chief Minister Mehbooba Mufti, demanded the release of political detainees in view of Coronavirus scare.
The NC vice president, who turned 50 on March 10, spent 232 days in custody. The release order of Omar came less than two weeks after his father and NC president Farooq Abdullah was released following revocation of his detention under PSA after over seven months. (UNI)