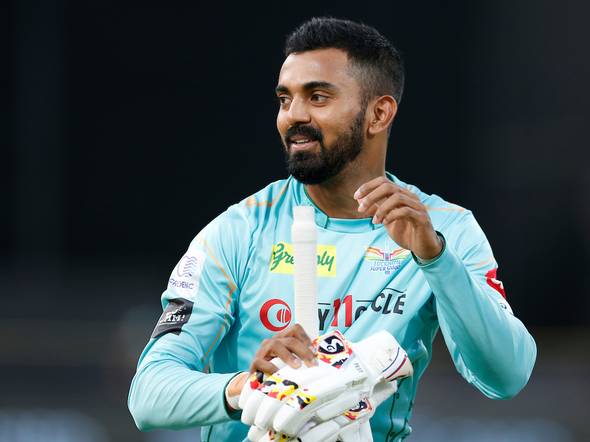 Wankhede, Apr 25:
Lucknow Super Giants skipper KL Rahul has been fined Rs 24 lakh for maintaining a slow over rate in their IPL game against Mumbai Indians.
It was Rahul’s second over rate offence of the season. He was fined Rs 12 lakh for the first offence.
“KL Rahul was fined Rs 24 lakhs and the rest of the members in the playing eleven were fined Rs 6 lakhs or 25 percent of their match fee, whichever is lower,” said the IPL in a statement.
“This was the team’s second offence of the season under the IPL’s Code of Conduct relating to minimum over rate offences.”
Lucknow Super Giants registered a comfortable 36-run win over Mumbai Indians, as they rode on Rahul’s hundred. (AGENCIES)