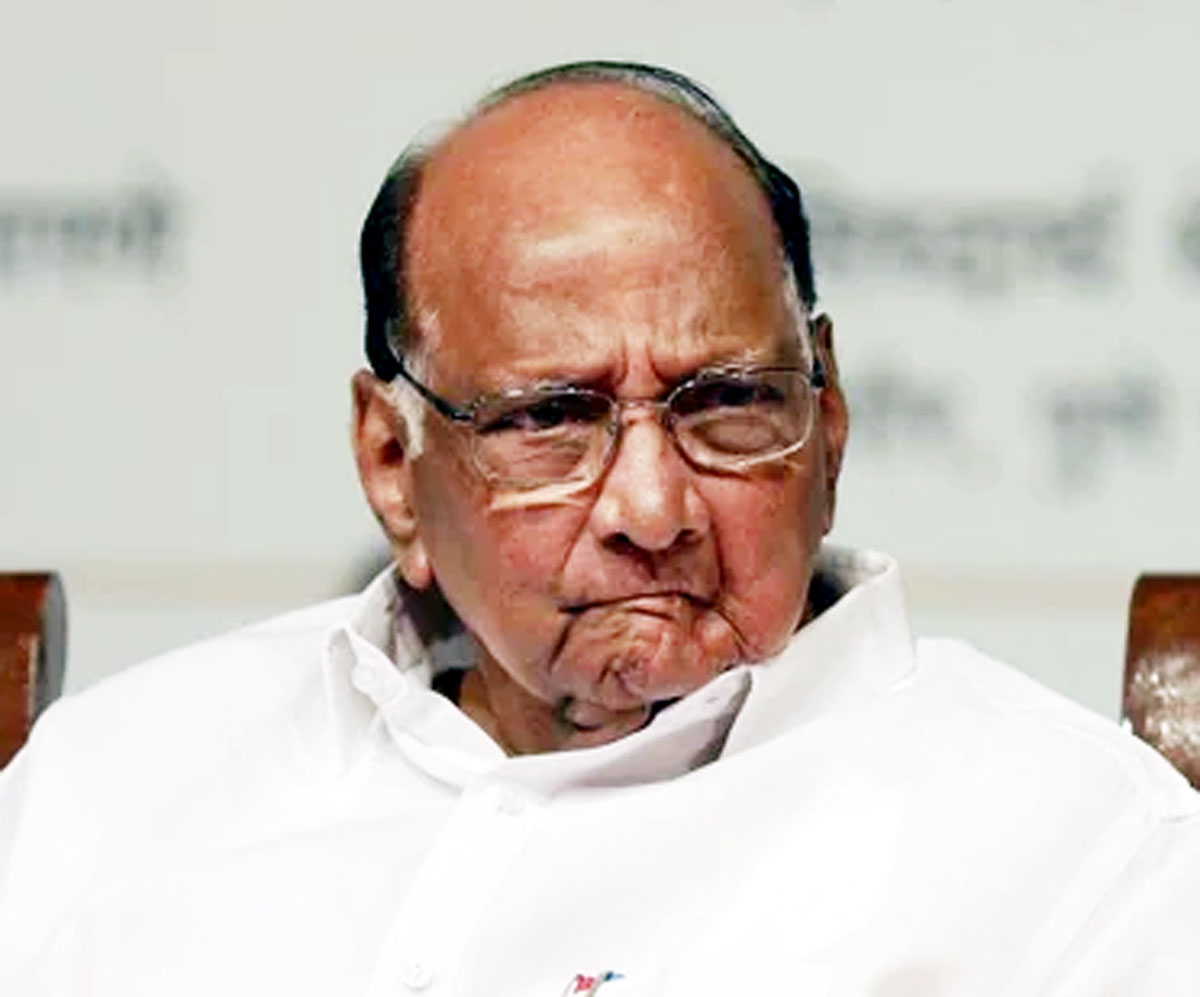 MUMBAI, Mar 10: The results of Assembly elections in Punjab are a “shock” for Congress, while the Aam Aadmi Party (AAP) benefited because of the performance of its Government in Delhi, NCP chief Sharad Pawar said here on Thursday.
He also made a pitch for initiating a “process” to give an alternative to the BJP at the national level by bringing opposition parties together.
Talking to reporters here, he said the parties opposed to the BJP need not feel discouraged with the Assembly poll results, but should assess where they lacked and take corrective steps accordingly.
Pawar also said that “some people” have complaints about EVMs, but he himself does not see the machines as being the reason behind the defeat of the non-BJP parties (in Uttar Pradesh, Uttarakhand, Goa and Manipur).
“Punjab is a state where the Congress was in power…the change in Punjab is not favourable to the BJP (either). The result gives a shock to the Congress,” Pawar told reporters here.
AAP’s governance in Delhi helped it in Punjab as common people living in the national capital have accepted the Kejriwal-led party, the NCP chief noted.
“I think the people of Punjab have not accepted the Congress’s internal (party) decision taken in the past six-eight months. There was a Government under Amarinder Singh’s leadership. He was removed. New leadership was brought in there. It seems people did not like that decision,” Pawar said.
Amarinder Singh had formed his own party after the Congress removed him from the post of Punjab chief minister.
The NCP president said that there was an impression in Punjab that Singh tried to establish a rapport with the BJP after his removal from the chief minister’s post.
“The people of Punjab did not like that,” Pawar said, contending the farmers of Punjab were already angry with the BJP over the issue of three agrarian laws.
Replying to a query, Pawar said the parties opposing the BJP need not feel discouraged with the outcome of the polls in the five states.
He recalled the Congress faced defeat in the 1977 general polls, but bounced back in the 1980 Parliamentary elections.
“Hence, there is no need to feel discouraged. But there is a need to think seriously about where we are lacking, whether there is a possibility and need for us to come together,” he added.
To a question whether the Congress needs leadership change in view of the results, Pawar said it was not right for him to speak about it.
“It is their own responsibility. I am sure the Congress will think about what needs to be done to strengthen the party,” he added.
He also spoke about the need to initiate a process to give an “effective alternative” to the BJP by opposition parties on the basis of a common minimum programme.
“I am not saying this will happen tomorrow itself (immediately). Parliament’s session will resume on March 14. We will all be there for a month (for the session). So, we will sit together, discuss and decide the future course of action,” Pawar said.
“It will be our duty to help people strengthen democracy by taking steps together,” he added.
Pawar further said he does not see EVMs being the reason behind the defeat of the non-BJP parties.
The NCP president said parties don’t blame EVMs when they win elections, but raise doubts when they don’t get favourable results.
“Some people have issues (with EVMs), they cited reasons for it, they had also given us presentations on the same. But I don’t accept that is the reason today (behind the defeat),” Pawar said.
Pawar praised Samajwadi Party leader Akhilesh Yadav for putting up a fight single-handedly in Uttar Pradesh, where the BJP looks all set to form a majority Government again.
The former Union Minister dismissed the possibility of the poll outcome in five states having a bearing on the future of the Shiv Sena-NCP-Congress Government in Maharashtra.
To another question about the BJP talking about change of guard in Maharashtra, Pawar said, the J P Nadda-led party will have to wait for another two-and-a-half years (after which the Assembly polls will be held in the state).
“But I am certain that after considering today’s results, all the people in the Maha Vikas Aghadi will work hard with more responsibility and improve the condition of the State,” he said. (PTI)