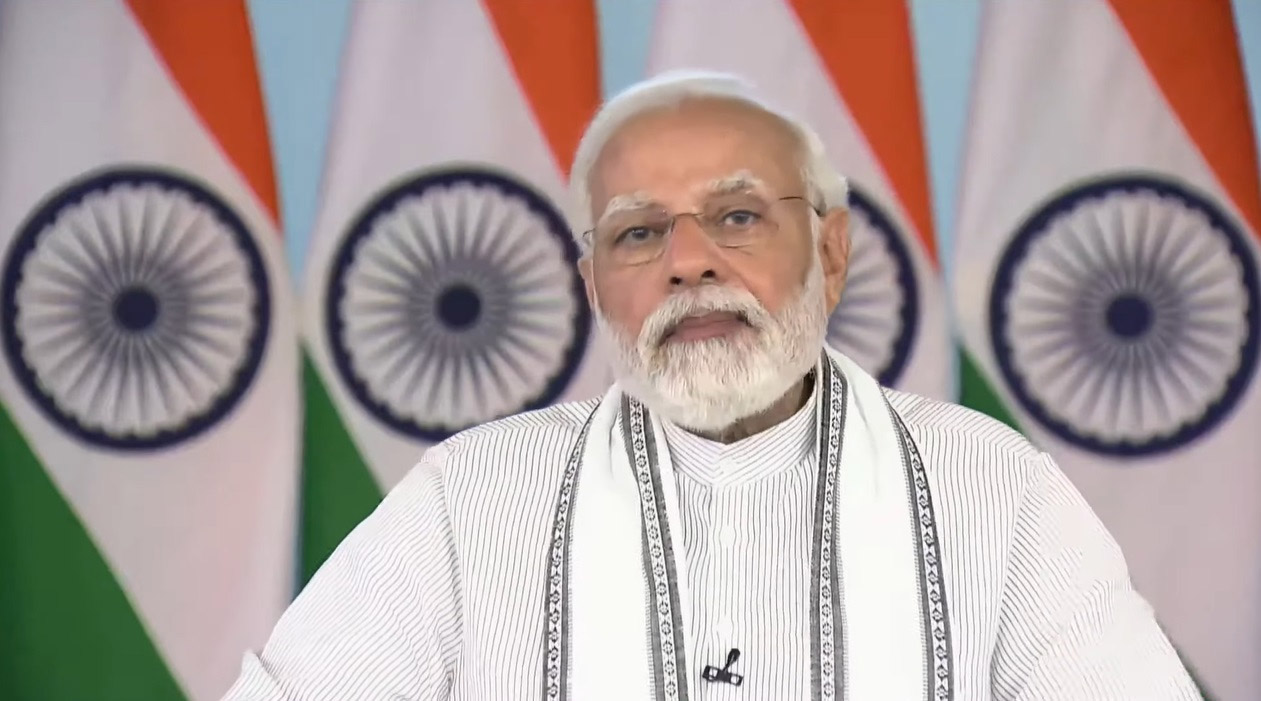 NEW DELHI, Mar 10: Amid a war between Russia and Ukraine, Prime Minister Narendra Modi on Thursday said India’s several needs are connected to the involved countries but it is on the side of peace and hopes that all problems get resolved through dialogue.
He also hit out at opposition parties for raising questions about the Government’s efforts to evacuate stranded Indians from war-hit Ukraine.
“These people also tried to regionalise ‘Operation Ganga’. These people have given a different colour of regionalism and communalism to every scheme – it is a major worry for India’s future,” the Prime Minister said.
Addressing BJP workers after his party’s massive win in four state elections, Modi said, “The ongoing war is affecting every country across the world directly and indirectly. India is on peace’s side and hopes that all problems are resolved with deliberations.”
“India has a connection with the countries involved in the war – economically, security wise, education wise and politically as well. India’s several needs are connected to these countries,” he said.
The price of crude oil, palm oil and sunflower oil that India imports is also rising very fast in the international market, Modi noted.
Be it coal, cooking gas or fertilizer, their prices are rising across the world and due to the war, the prices are rising across the globe, he said, adding that particularly the developing nations are facing problems.
“In this global context, amidst these difficulties, if we look at the budget this time, a belief arises that the country is moving ahead on the path of the self-reliant India campaign. This sentiment is further fuelled by this budget,” Modi said.
In this uncertain environment of upheaval, the people of India, particularly states like Uttar Pradesh have shown their far-sightedness, he said, adding that the way the voters have given their mandate for stable governments in these polls signifies that democracy runs in the veins of Indians.
The Prime Minister said Indians are working for the country in every way possible, coupled with responsibility.
“However, there are some people who are lowering the standards of politics in our country. The world is appreciating our efforts to vaccinate but on this sacred work, India’s vaccine has been questioned.
“It is unfortunate that even when thousands of Indian students, Indian citizens were stranded in Ukraine, there was talk of breaking the morale of the country. Work was being done to increase the worries of the families of those stuck there,” he added.
There were some people increasing the insecurities among the students there and increasing the worries of their families here, Modi said in an apparent attack at the Opposition which had been critical of the government’s evacuation strategy.
Over 17,000 Indians, mostly students, have been evacuated from Ukraine so far under the ‘Operation Ganga’. (PTI)