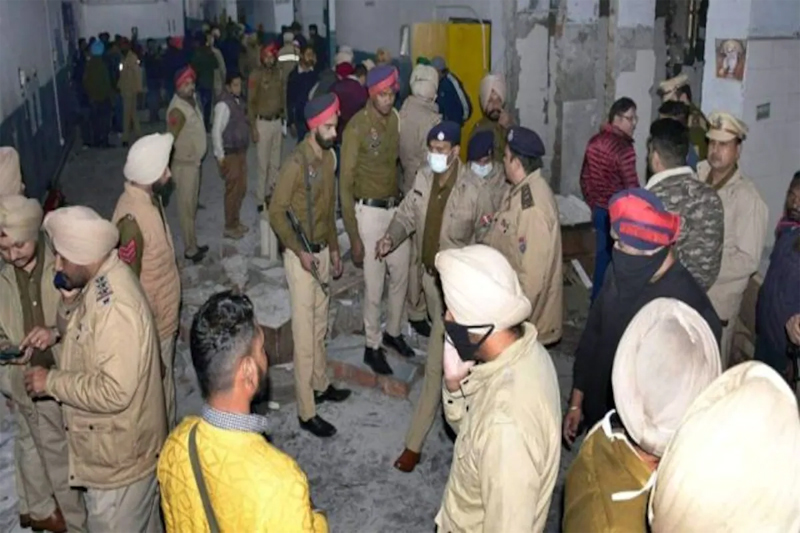 CHANDIGARH, Dec 25:
Punjab DGP Siddharth Chattopadhyaya on Saturday said the initial investigation into the Ludhiana district court blast case has revealed that the former state police head constable who was killed in the explosion had gone to the washroom to assemble the bomb and plant it somewhere.
Addressing the media here, the director general of police said Gagandeep Singh, who was dismissed from service in 2019, was alone in the washroom when the bomb went off and had links with some Khalistani elements and narcotic smugglers.
A resident of Khanna, Singh was dismissed in connection with a drugs-related case.
Singh was killed and six others were injured in the blast that occurred in the court complex on Thursday. The Punjab government had declared a high alert in the state after the incident.
Asked if RDX was used in the bomb, Chattopadhyaya said it has been sent for forensic examination and the type of explosive used will be known after the report comes.
“I cannot say conclusively what the (explosive) material was,” he said. Replying to another question, the DGP said Singh was “technically sound” when he was serving in the police.
“He was very good with computers and technical material,” he said.
Ruling out the human bomb angle, Chattopadhyaya said, “It appears that he went there (washroom) to connect some wires and… To place it (the bomb) somewhere. It was not the concept of a human bomb.”
“The posture in which he was sitting (showed that) he did not go to the washroom to use it. He was using the washroom to assemble it (the bomb). He was alone there,” the officer said.
The DGP praised the police and other investigation agencies for identifying the man within 24 hours of the incident. (PTI)