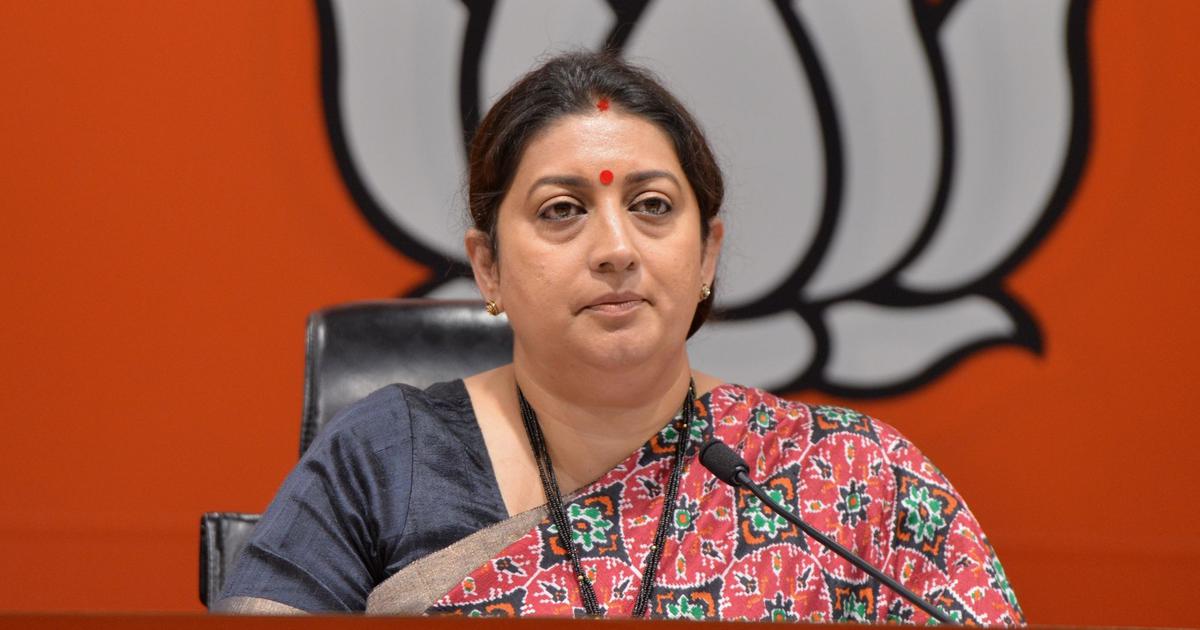 AMETHI, Dec 25:
Union Minister and Amethi MP Smriti Irani slammed former Congress chief Rahul Gandhi on Saturday for his statement that Amethi is his home and he has deep family links with his erstwhile parliamentary constituency.
“One who has family relation does not desert his home,” Irani told the media, after Rahul Gandhi promised he will be in Amethi for two days, but left after half an hour.
“If he has family relation then why did he come only for two and a half hours in same number of years. A person who has family relation does not run away from home,” she said.
During his Amethi visit on December 18 along with his sister and party general secretary Priyanka Gandhi, the former party chief who is now an MP from Kerala’s Wayanad, in a rally said, “I have a relation of truth and family with Amethi.”
Smriti Irani also claimed the rally crowd was brought from Chhattisgarh and Madhya Pradesh.
On the claims of Congress leaders that Rahul did developmental works in Amethi, the Union Minister said the party must also tell when was Sainik school constructed, when did medical college come up, and when was AYUSH centre opened in the erstwhile Gandhi family borough.
“Now even Congress leaders have started saying that Modi is their leader,” she said in a lighter note.
On Rahul’s remarks on Hindi and Hidutva, Irani said there can never be a fight between Hindu and Hindutva. Hindu and Hindutv can never be separate. “May be Rahul’s fight is against the Hindu religion,” he said. (UNI)