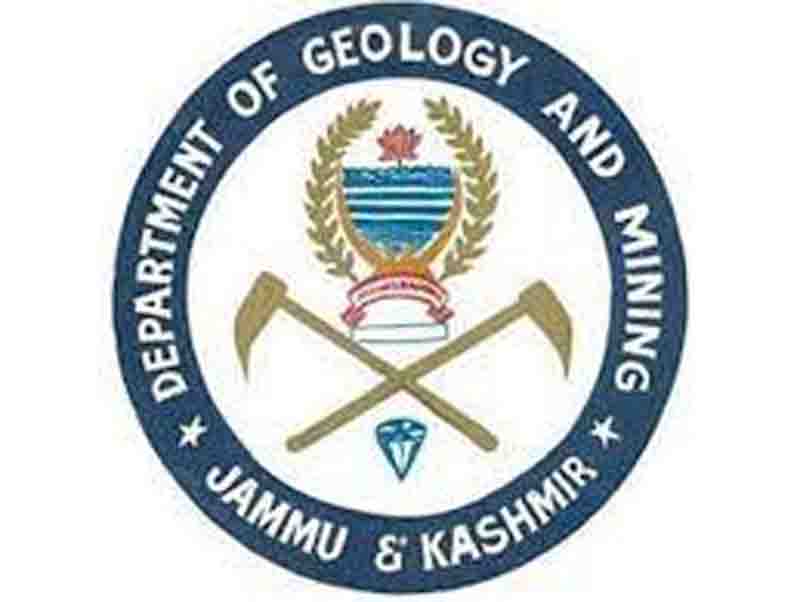 More than one year period lapses in completion of formalities

Mining Plans fail to get clearance from Environment Deptt

Mohinder Verma
JAMMU, Oct 19: The provision in the Jammu and Kashmir Minor Mineral Concession, Storage, Transportation of Minerals and Prevention of Illegal Mining Rules aimed at granting minor mineral blocks to the Panchayats has ceased to exist without providing any sort of benefit mainly because of undue long time consumed in the completion of procedural formalities.
Even the Mining Plans prepared by the Geology and Mining Department have become ‘trash’ due to the failure of the Government to extend the applicability of the provision, which was kept in the Rules with the sole objective of financially empowering the grass root level democratic institutions.
The decision about devolution of mining rights to the Panchayati Raj Institutions (PRIs) through short term permits was taken by the Government of Jammu and Kashmir Union Territory in the month of July last year in order to financially empower these grass root level democratic institutions in the rural areas.
Accordingly, the Industries and Commerce Department on August 18, 2020 issued a notification conferring mining rights to the Panchayats in exercise of the powers conferred by Section 15 read with Section 23C of the Mines and Minerals (Development and Regulation) Act, 1957.
By way of this notification, the Government carried out amendments in the J&K Minor Mineral Concession, Storage, Transportation of Minerals and Prevention of Illegal Mining Rules, 2016. In the notification, it was mentioned that short term permit up to one hectare will be granted to the Panchayati Raj Institutions for the mining activities.
Moreover, in order to facilitate the Panchayati Raj Institutions, the Government exempted requirement of payment of advance royalty by these grass root level democratic institutions and Geology and Mining Department was directed to apply and secure clearances like Mining Plans, Environmental Clearance and Consent to Operate from the competent authorities on behalf of the Panchayats.
“This provision will be applicable till September 30, 2021 or till such period as may be notified by the Government”, read the notification issued on August 18, 2020.
From September 30, 2021 the special provision kept for financially empowering the Panchayats has ceased to exist but without providing any sort of benefit to the grass root level democratic institutions as more than one year period has lapsed in the completion of formalities, official sources told EXCELSIOR.
As per the decision of the Government, the Geology and Mining Department had to identify 100 minor mineral blocks (five in each district of the Union Territory). However, only 41 blocks could be found feasible and accordingly their Mining Plans were prepared.
However, the Mining Plans were not entertained by the Apex Committee of the Environment Department of J&K Government on the ground that the entire exercise had to be carried out by engaging Environment Consultants as per the guidelines of the Union Ministry of Environment and Forest, sources informed, adding “moreover, the Environment Department conveyed that Rs 20,000 fee per block has to be provided by the Geology and Mining Department”.
Though the Geology and Mining Department has received the required funds from the Government yet exercise for engagement of Environment Consultants has not been started till date. “Even if the Government extends the validity of the special provision, which it has not done till date, there are remote chances of Panchayats obtaining the benefit of the Government decision even in near future as engagement of Environment Consultants, preparation of Mining Plans afresh and their consideration by the Apex Committee will take lots of time”, sources said.
According to the officers of the Geology and Mining Department, allotment of minor mineral blocks to the Panchayats was not a well thought after decision of the Government. “They (Panchayats) don’t have any expertise or proper mechanism for doing this work. Moreover, the focus of the Panchayats would only be on mining exercise because of the same being lucrative business instead of developmental works, which is their primary duty”, they said.
“Before extending the validity of the decision the Government should give serious thoughts to all the pros and cons”, they stressed.