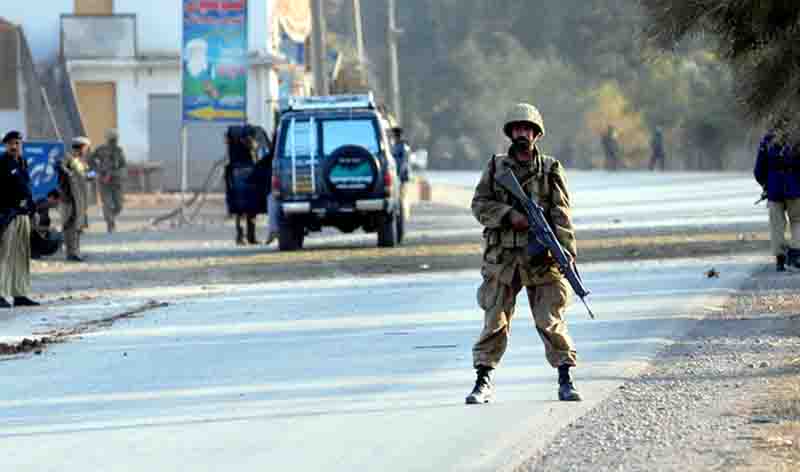 Excelsior Correspondent
JAMMU, Oct 19:  In the wake of spurt in targeted killings of civilians including non-locals in Kashmir and nine-day long operation in Poonch district where nine Army soldiers including two Junior Commissioned Officers (JCOs) have been martyred so far, Union Home Minister Amit Shah today met Prime Minister Narendra Modi and briefed him on security situation prevailing in Jammu and Kashmir and steps being taken by the Home Ministry and the UT Government to contain the level of violence which has shown sudden spurt.
Shah had about half an hour long meeting with Modi at his official 7, Lok Kalyan Marg residence in New Delhi this morning and reportedly discussed the security situation in Jammu and Kashmir and steps already taken or being taken to stop targeted civilian killings which has led to fear psychosis among the minorities especially the non-locals who have been targeted by the militants.
Eleven civilians have been killed during past 18 days in Kashmir while nine Army soldiers were martyred in the search operations in Chamrer and Bhatta Durrian forests in Poonch district during last nine days even as the militants remained untraced.
Shah is understood to have briefed the Prime Minister about the steps taken by the Jammu and Kashmir administration and the Union Home Ministry to improve security situation in the Union Territory especially in the Kashmir valley. They discussed the atmosphere of fear created due to target killings by the militants in Kashmir leading to migration of non-local labourers from the Valley.
During the meeting with the Prime Minister, the Home Minister also briefed him about other important issues related to internal security and measures which are being taken to restore confidence of the minorities.
“The meeting was mainly confined to security situation in Jammu and Kashmir,” sources said, adding the meeting came just a day after Shah discussed UT situation with top Intelligence officials in New Delhi and deputed Intelligence and Counter-Terrorism experts to Kashmir to assist security agencies, operating in the Valley, and Jammu and Kashmir Police in stepping up anti-militancy operations and eliminate or apprehend those involved in the civilian killings.
“Top officials of the Union Home Ministry are reportedly in regular touch with Jammu and Kashmir administration and security agencies to assist them in the operations to instil confidence among the minorities,” sources said.
As reported today, National Investigating Agency (NIA) chief Kuldeep Singh, who is also the Director General of Central Reserve Police Force (CRPF), is also camping in the Valley. The Intelligence and Counter-Terrorism experts are guiding operations against the militants.
The Home Minister’s meeting with the Prime Minister came just days ahead of his scheduled three days visit to Jammu and Kashmir from October 23-25 during which Shah will review security situation in Kashmir, address a public rally in Jammu and meet top brass of the administration.
This is the first visit of the Union Home Minister to the Union Territory after the abrogation of special status of erstwhile State of Jammu and Kashmir and its bifurcation into two Union Territories of J&K and Ladakh on August 5, 2019. During this visit, the Home Minister will not only give tips to improve security situation but will also make various announcements related to the developmental projects.
In the last 16 days, militants have killed 11 non-local individuals in the Valley. Due to this an atmosphere of fear has been created there leading to the exodus of migrants.
Earlier on Monday, Amit Shah held a marathon meeting with senior officials including DGPs, National Security Advisor Ajit Doval, IB chief and discussed the situation of internal security in detail.
Search operations by the Army in Bhatta Durrian forests in Mendhar tehsil of Poonch district entered into ninth day today with no success against the militants so far. While five Army soldiers were martyred in first contact with the militants on October 11 at Chamrer forests in Surankote tehsil, four more lost their lives during second contact at Bhatta Durrian forests in Mendhar. Among nine martyred jawans, two were JCOs.