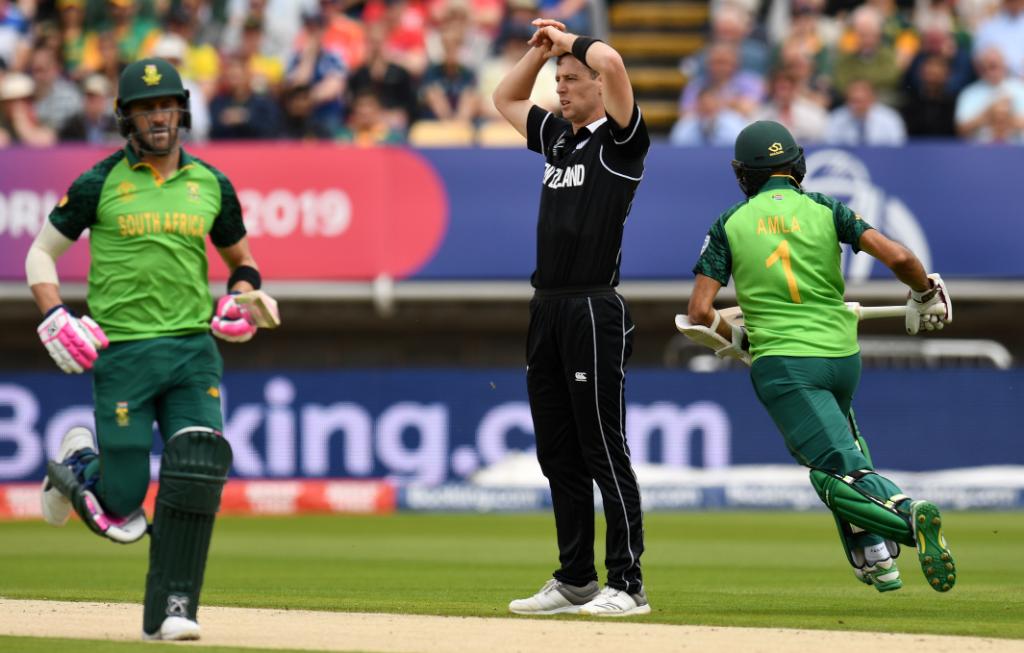 BIRMINGHAM: Despite early blows, South Africa were able to put up a fighting total of 241 runs against New Zealand in the ICC World Cup at Edgbaston here on Wednesday.

The Kiwis got off to a good start with Trent Boult dismissing Quinton de Kock for just five runs on the second last ball of the second over. (AGENCIES)