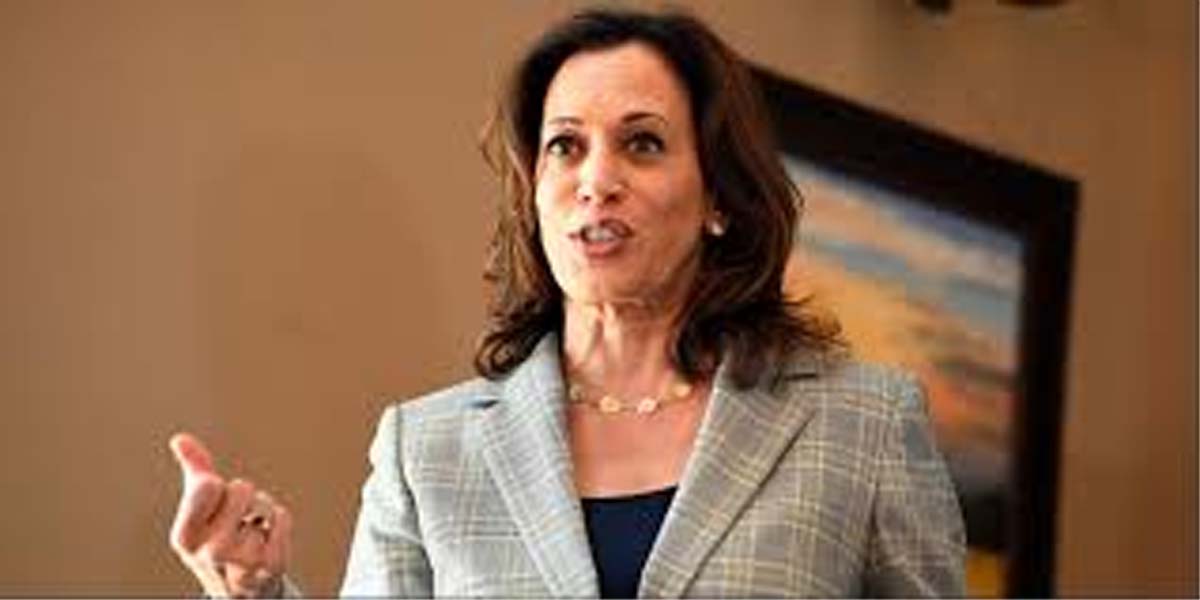 Her haul was far behind the USD 21.5 million raised by Biden and the USD 18 million brought in by Sanders, it said.

Boosted by a break-out performance in last week’s first round of Democratic presidential nomination debates, Harris raised nearly USD 12 million the past three months, her presidential campaign announced on Friday.

The fundraising haul, however, is pretty much on par with what she brought in during the first quarter of the year, the report said.

The Harris campaign reported that their April-June haul came from more than 279,000 contributors, and that 150,000 of those donors were new to the campaign.

The campaign added that more than USD 7 million was raised online and that the average contribution during the second quarter was USD 39, with an average of USD 24 for online donations.

Around USD 2 million of the amount she raised came in the wake of her confrontation with Biden during last week’s debate.

During the showdown, Harris grilled Biden about recent comments where he spotlighted his ability to work decades ago with segregationist senators that he disagreed with in order to find common ground. And she criticized his stance against federally mandated busing to desegregate schools.

She also shared a personal story of being bused to school as a little girl as her campaign quickly tweeted out a photo of Harris as a young child. Her campaign instantly began selling shirts with that photo and her quote, ‘That Little Girl Was Me’.

On Friday, they reported selling 1,440 of them, raising nearly a half-million dollars online, the report said.

Harris got a big boost after her debate with Biden as she was placed on the second place behind Biden in some of the surveys.

Harris Campaign Manager Juan Rodriguez ? touting the fundraising report ? said that “as it has been from the beginning, this campaign is powered by the people. These resources will help expand Kamala’s growing strength in this primary and put her position to win the Democratic nomination”.

The Indian-origin Senator, whose mother was born in Tamil Nadu and father was an African-American from Jamaica, in January launched her campaign for the US presidential election in 2020 to take on President Trump, who is a Republican.

She had said that she was “honoured” to announce her bid on a day when Americans celebrated Martin Luther King Jr who sought inspiration from Mahatma Gandhi.

If elected, she would be the first woman and woman of colour to be the president of the United States.

Harris was elected as the US Senator from California two years ago, during which she had made a national presence for her taking a tough stand against President Trump and his policies.

Harris, who is the first Indian-origin US Senator and first black Senator from California, is the fourth Democratic woman leader to enter the presidential race. (PTI)
&&&