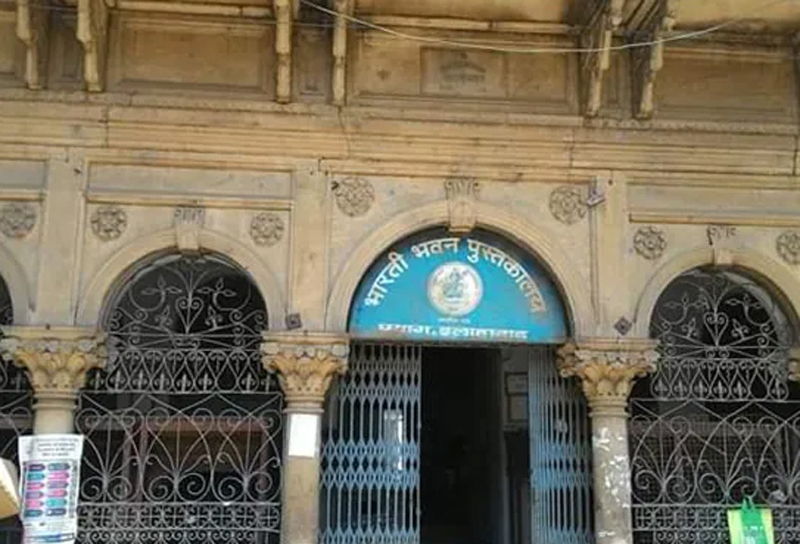 PRAYAGRAJ (UP), Aug 7: The Bharati Bhavan Library here, which often served as a meeting place for several leaders during India’s freedom struggle, has been served a house tax notice of Rs 2.87 lakh by the Prayagraj Nagar Nigam.

This amount includes interest for the tax due since 2018, according to the notice.

Librarian Swatantra Pandey said the Bharati Bhavan Library was set up by Brajmohan Lal Bhalla in 1889 in Loknath locality at a cost of Rs 1 lakh. Many leaders used to hold meetings at the library during the freedom struggle.

Recently the municipal corporation sent a house tax notice of Rs 2.87 lakh to the library that includes interest from 2018. However, house tax was never collected from the library before 2018, he added.

Pandey said the Bharati Bhavan Library has no source of income as it does not charge any fees from its readers.

The electricity bill is paid through an annual state government grant of Rs 2 lakh. Apart from this, salaries totalling Rs 2.75 lakh are paid to five employees of the library out of the interest earned on fixed deposits, he said.

Pandey said the library houses manuscripts from 1600, ‘Panchang’ (almanac) from 1750 to the present time.

“If tax burden is imposed on Bharti Bhavan like this, it will end up getting closed very soon and people will be forced to go to private libraries,” he said.

Madan Mohan Malaviya, Balkrishna Bhatt, Jawaharlal Nehru and Purshottam Das Tandon, among others, used to avail facilities of the library, he claimed. (PTI)