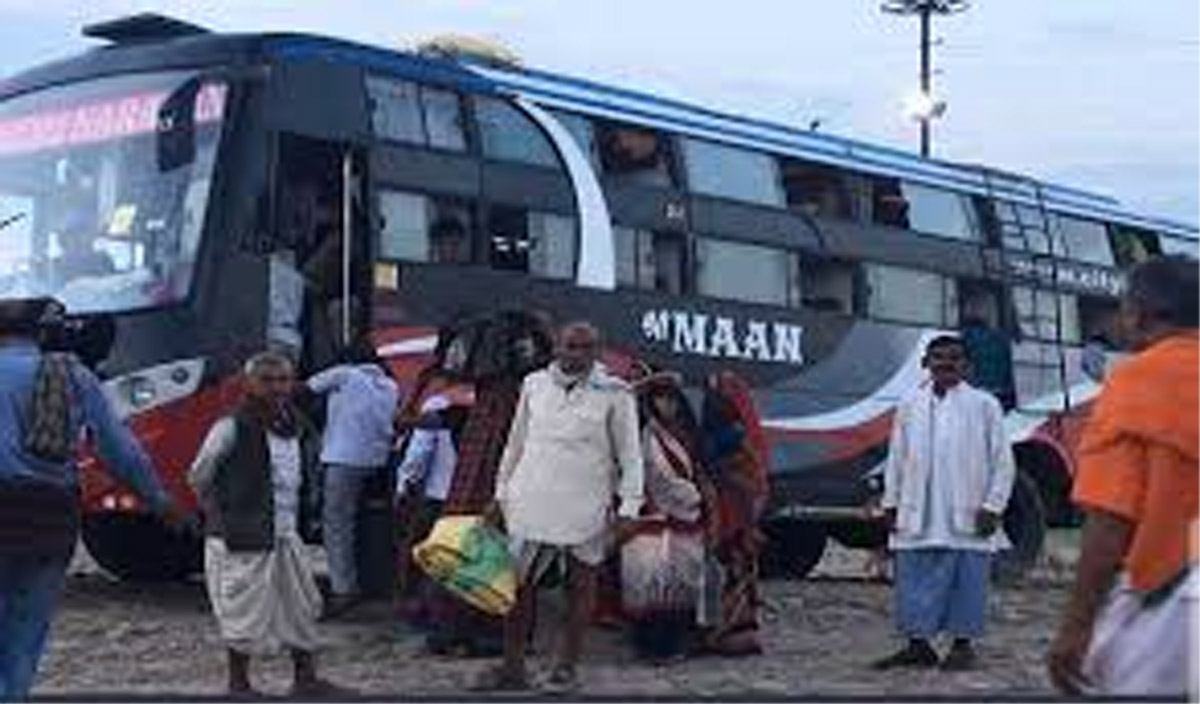 JAMMU, Aug 3:In the wake of security advisory issued by the Jammu and Kashmir Government, the Amarnath Pilgrims on Saturday have started returning from Yatri Niwas base camp here without having darshan at the cave shrine.
Some of the langar operators have also “packed up” their services for the pilgrims.
The Yatra was already suspended for four days from August 1 to 4 in view of inclement weather conditions and advisory issued by the Meteorological Department.
A day after J&K administration issued security advisory for Amarnath Yatris and tourists, they have started moving to their respective destinations.
The Government on Thursday issued security advisory for Amarnath Yatris and tourists to curtail their stay in Kashmir valley.
“Keeping in view the latest intelligence inputs of terror threats with specific targeting of the Amarnath Yatra, and given the prevailing security situation in the Kashmir Valley, in the interest of safety and security of the tourists and Amarnath Yatris, it is advised that they may curtail their stay in the valley immediately and take necessary measures to return as soon as possible,” said an order issued by Principal Secretary, Home Department Shaleen Kabra.
“We were waiting for the resumption of the Yatra on August 5 but now after an advisory has been issued by the Government, we have planned to return to our place in the evening without going to the Amarnath,” a pilgrim at Yatri Niwas said.
Another pilgrim said that they are feeling sad because they could not go to the cave shrine but said that it might be for their good so that they safely reach home.
Some of the buses ferrying fresh number of pilgrims were also not allowed to enter the Yatri Niwas premises this morning.
Many pilgrims, waiting for the resumption of yatra, preferred to visit to Shri Mata Vaishno Cave Shrine at Katra.
Moreover, the langar operators near the Yatri Niwas have started “packing up” their items except few, who want to offer services to the pilgrims unaware of the security advisory and reaching to the base camp.
“We are confused and don’t know what exactly we have to do,” said a langar operator, adding that they will meet the Deputy Commissioner, Jammu in the afternoon to clear the air.
The 46-day long Amarnath Yatra started on June 29 from Jammu was scheduled to conclude on August 15.
(UNI)