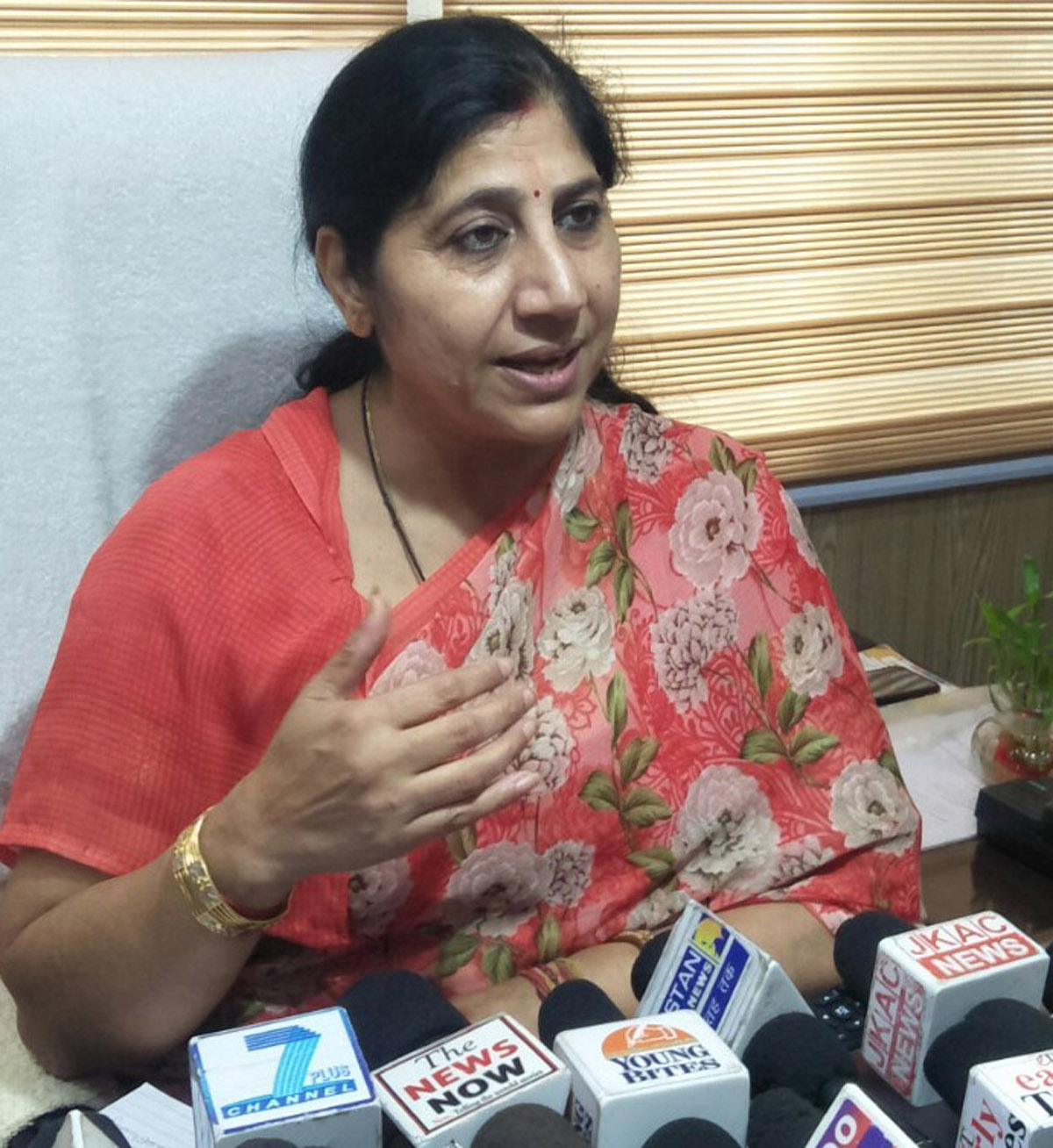 JAMMU, Sept 3: In order to celebrate the birth anniversary of Prime Minister, Narendra Modi on September 17, a new initiative entitled as the Seva Saptah is going to be organized by the Adv. Purnima Sharma, Deputy Mayor, Jammu Municipal Corporation (JMC) from September 14 to September 20. In this Seva Saptah, 11 awareness programmes will be organized avoidance of single use plastic, Water conservation, Ground/Rain water conservation, Blood donation camps, Medical assistance camps, Eye testing camps and Awareness of Swacch Bharat Abhiyaan.
Sanitation being an obligatory function of Jammu Municipal Corporation, Adv. Purnima Sharma, appealed to the general public to cooperate with J M C in making Jammu city, a clean and green city. She further appealed the various Market’s Associations, Bazaar associations, Dharam Sanghathans, Dharam Sansthans, Schools, Social Organisations, etc. to actively participate and involve themselves in the Sewa Saptah so as to make this a grand and successful event.
Purnima Sharma at the end of the press conference said that Prime Minister never called himself a Minister rather he always addressed himself as a public servant (Chowkidar).
She said PM Narendra Modi is a simple man with a very good common sense, best communication skills with a clear mind and with strong will. He seems to have emerged as a visionary with a mission to turn around this country.
She said his hard work and dedication from being a small tea seller to a Prime Minister of the biggest democratic country are praised worldwide. He is used as an example of how hard work and dedication can change a man’s life. His very ordinary way of living is appreciated by everyone and so we should do. Narendra Modi Ji is the ideal person who believes in the art of simple living, she added.