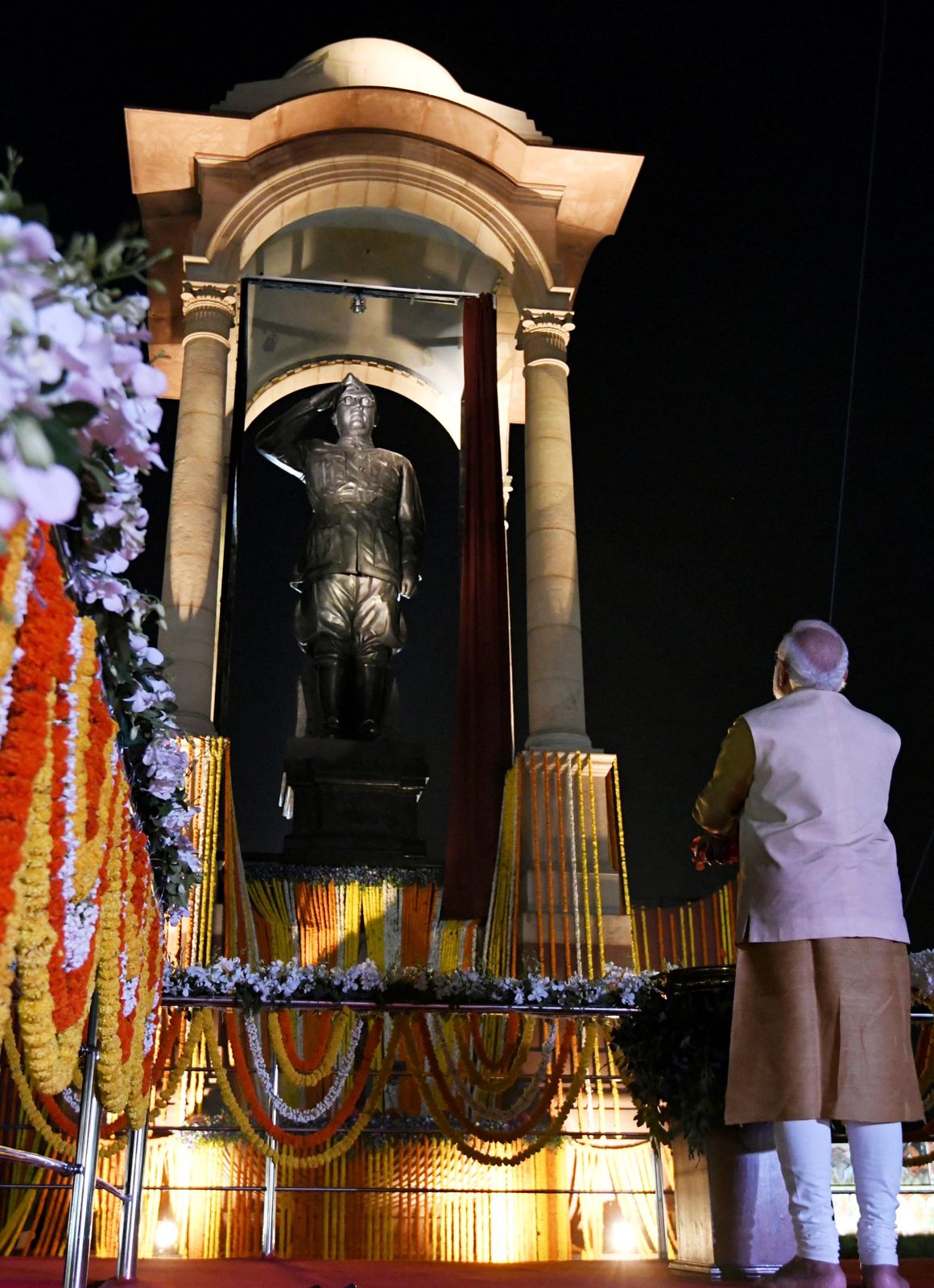 NEW DELHI, Sept 8: Prime Minister Narendra Modi on Thursday Inaugurated the the newly-christened Kartavya Path — a stretch from Rashtrapati Bhavan to India Gate, and unveiled a 28-ft-tall statue of Netaji Subhas Chandra Bose at India Gate. The PM also took a walk around the Kartavya Path.
After the inauguration, PM Modi said today the country has a new inspiration. The symbol of the colonial rule, Kingsway or Rajpath, has been erased today, he said, while addressing the gathering.
“This is a historic moment. It is our good fortune that we are seeing this day,” the Prime Minister said.
He said, Netaji Subhas Chandra Bose was proud of India’s heritage and that if after the Independence, the country had gone on Netaji’s path, it would have been at great heights. “Subhas Babu’s stamp is on the country’s policies. In the past 8 years we have taken so many decisions that have stamp of Netaji’s principles,” Mr. Modi added.
The statue is part of the Centre’s ₹13,450-crore Central Vista project, which will have a new Parliament building, new office and residences for the Prime Minister and Vice-President and new ministry buildings. The North and South Blocks, the secretariat buildings flanking Rashtrapati Bhavan, will be converted into museums. 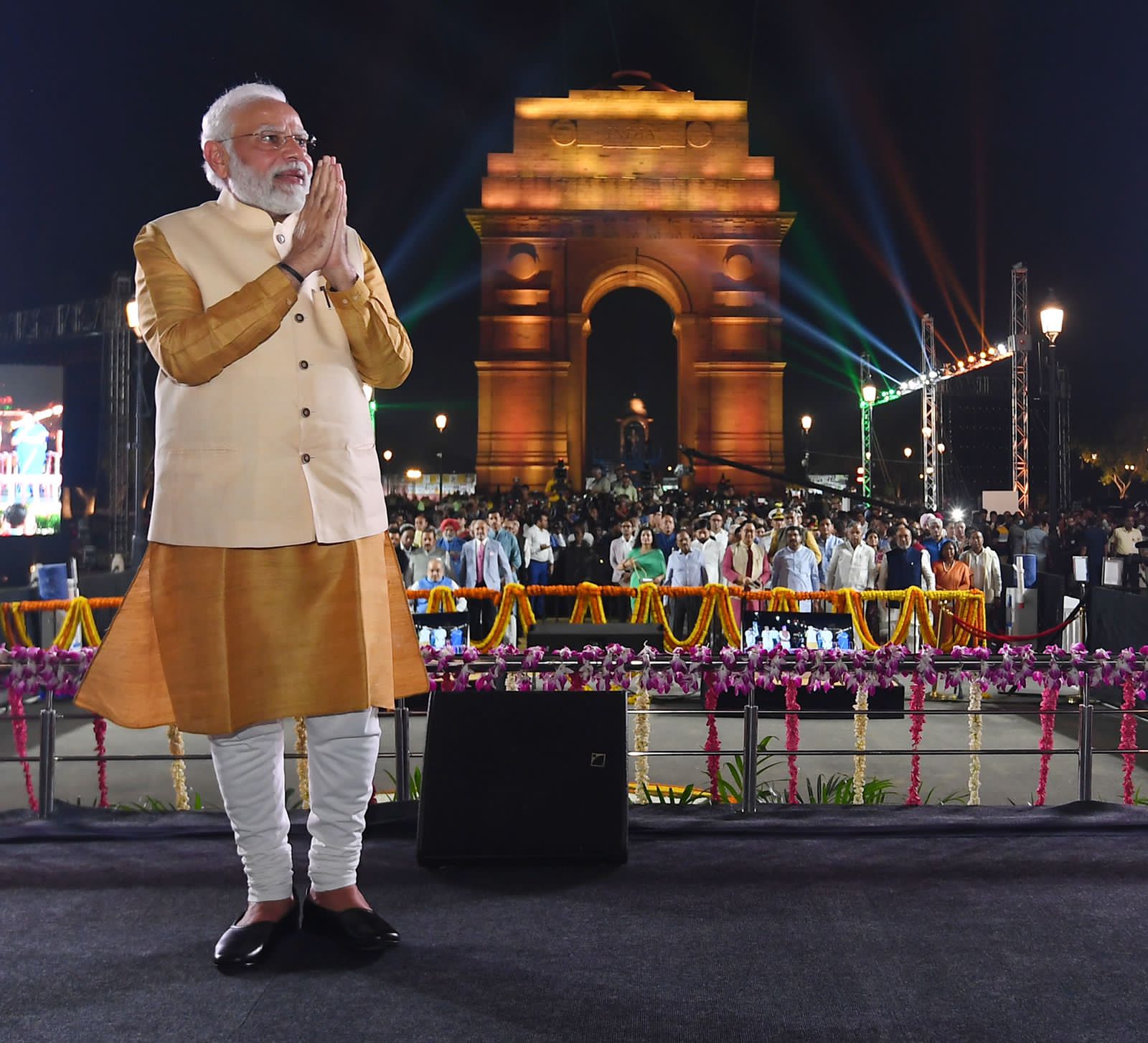 The black granite statue has been carved from a monolithic block of granite weighing 280 metric tonne. The block of granite picked for the statue was transported to Delhi from Telangana and the statue was carved out of it in over two months.
According to the government, it symbolises a shift from erstwhile Rajpath being an icon of power to Kartavya Path being an example of public ownership and empowerment.
These steps are in line with the prime minister’s second ‘Panch Pran’ for New India in Amrit Kaal: ‘remove any trace of colonial mindset’, it said.
The traffic police made arrangements to ensure smooth vehicular movement in central Delhi where restrictions were imposed for the event. General traffic movement has been diverted from specific roads from 6 pm to 9 pm, officials said.
The New Delhi Municipal Council (NDMC) has replaced the erstwhile Rajpath signages with new signboards of ‘Kartavya Path’. On Wednesday, the NDMC had approved a proposal to rename Rajpath as ‘Kartavya Path’.
Shapoorji Pallonji and Company Limited has executed the redevelopment of the entire stretch from Vijay Chowk to India Gate. The project was tendered at ₹477 crore.
The CPWD has set up five vending zones where 40 vendors each will be allowed and two blocks near the India Gate with eight shops each. Some states have shown their interest to set up their food stalls.
The entire stretch has been revamped under the Modi government’s ambitious Central Vista redevelopment project. 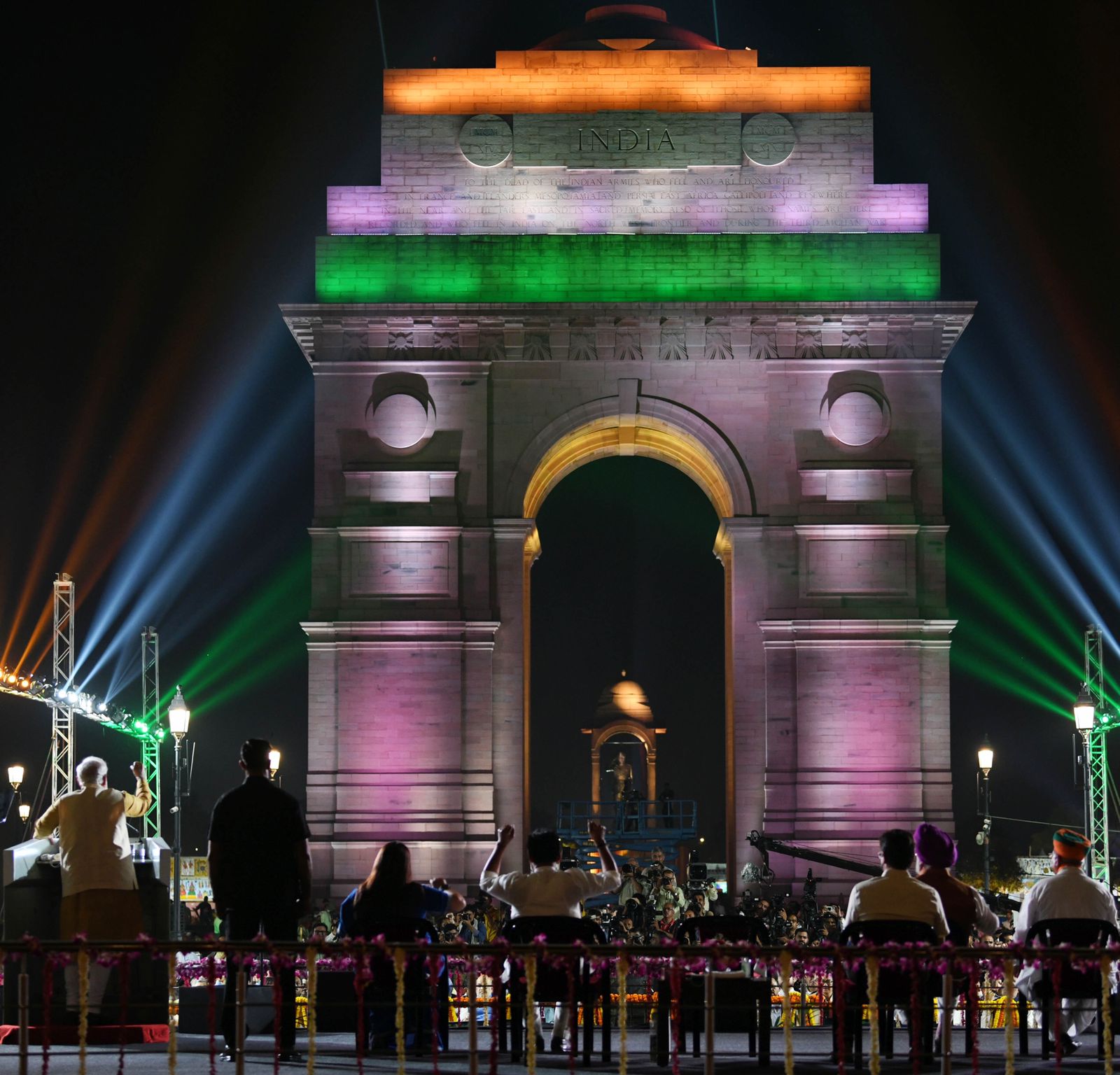 In a statement, the prime minister’s office said over the years, Rajpath and adjoining areas of the Central Vista Avenue had been witnessing pressure of increasing traffic of visitors, putting stress on its infrastructure.
It lacked basic amenities like public toilets, drinking water, street furniture and adequate parking space. Further, there was inadequate signage, poor maintenance of water features and haphazard parking.
Also, a need was felt to organise the Republic Day parade and other national events in a less disruptive manner with minimal restrictions on public movement.
“The redevelopment has been done bearing these concerns in mind while also ensuring the integrity and continuity of architectural character,” the statement said. (Agencies)