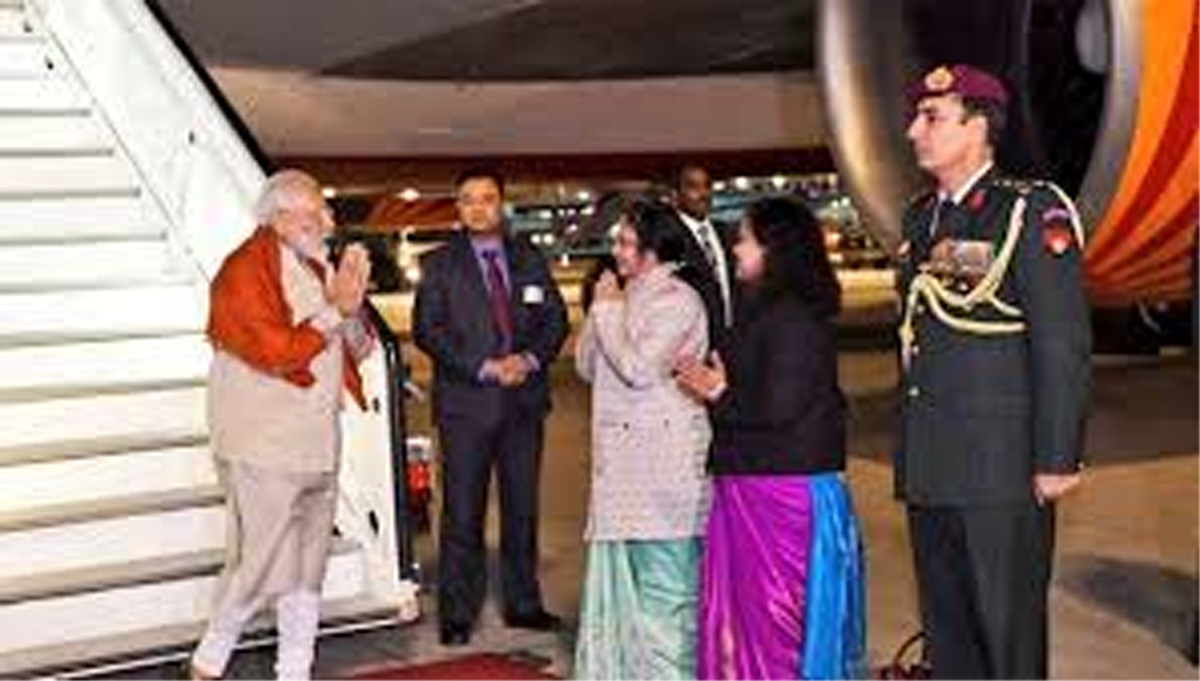 FRANKFURT, GERMANY, Sept 21:Prime Minister Narendra Modi landed at Frankfurt airport here for a technical halt on way to Houston in the United States.
He was received at the airport by Indian ambassador to Germany Mukta Tomar and Consul General Frankfurt Pratibha Parkar.
“Early morning touch down in Frankfurt on the way to Houston. PM Narendra Modi welcomed by Ambassador Mukta Tomar and Consul General Pratibha Parkar during the two-hour technical halt in Frankfurt,” MEA spokesman Raveesh Kumar tweeted.
Prime Minister left for the United States on Friday night on a week long visit. He will be in the United States till September 27 when he will address the United Nations General Assembly.
Prime Minister is set to have a bilateral meeting with President Donald Trump on September 24 in New York. On his first day in Houston on Saturday, he will have a Round Table Meeting with top representatives and CEOs from companies from the oil and energy sector.
According to sources, there will be a photo opportunity with Persons of Indian Origin and a brief interaction with the Non Resident Indians (NRIs).
He will address a mega rally ‘Howdy Modi’ on Sunday at Houston. The mega event is likely to addressed by President Trump as well.
(UNI)