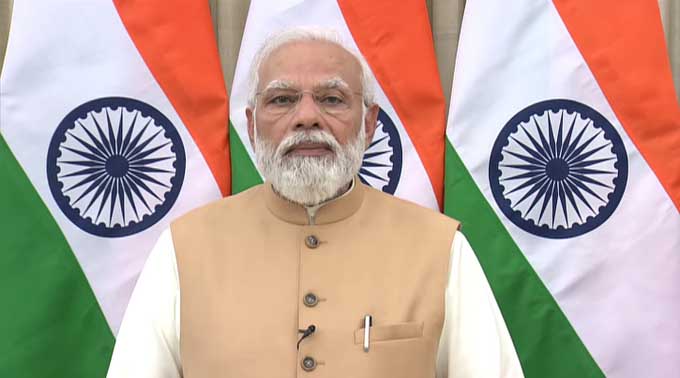 Prime Minister Narendra Modi is likely to visit Jammu by February end or March start to preside over the groundbreaking ceremony of launch of industrial investments in Jammu and Kashmir.
“I have requested the Prime Minister to attend the function. I’m confident that the Prime Minister will come,” Lieutenant Governor Manoj Sinha said while addressing a function after laying foundation stone of Tawi Riverfront project.
He said Rs 50,000 crore worth proposals have been received by the Industries Department for investment in Jammu and Kashmir.
“And these proposals are those whose fee has been deposited and Detailed Project Reports (DPRs) submitted,” he added.
Sinha said land for investment in proposals to the tune of Rs 20,000 cr to Rs 25,000 crore will be given shortly and he has sought date from the Prime Minister for presiding over the groundbreaking ceremony.
He expressed confidence that the Prime Minister will join the event.