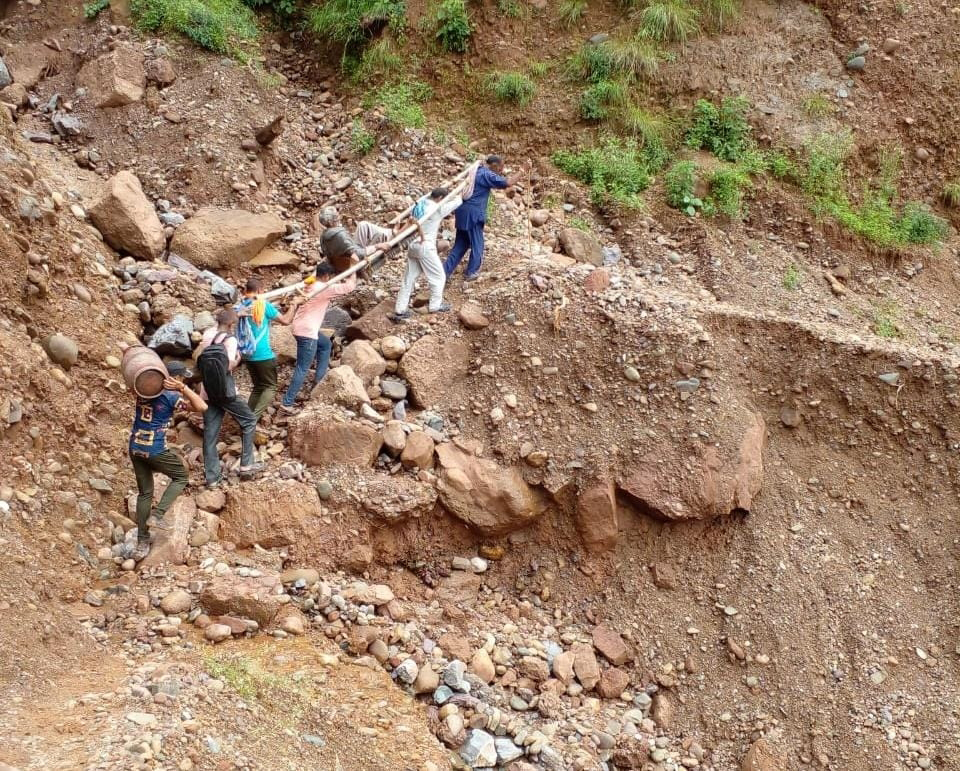 KATHUA, Aug 19: In recent days due to heavy rainfall and flash floods the link road Jandrali to Nagali has been washed away at various places and closed for vehicular traffic. Even an old person or women can’t walk on foot
as the road is badly damaged at many places.
As the old persons couldn’t walk on badly damaged road they are forced to get support of others to shift them to their destination and some times people shift them on Palki or on their back.
The people are also forced to shift the household article, food grain, Gass cyclinder on their back. The road link from Masjid Mohalla -Nagali is badly damage due to heavy rainfall. Residents of Nagali, Sialag, Bhikad, Kodal ,Kund and from adjoining areas are suffering badly particularly ailing people, pregnant women, school going children, school staff and elderly people, said Joginder Singh . He said that the administration do not bother to take care of more than 10,000 population of this area which is suffering from damaged road.
Even the PMGSY or PWD did not repair the road for smooth movement of people on foot. At least they should make it a tractor road. They approached the Basholi administration and demanded for early construction of damaged road but to no avail. Some houses were also damaged in the rainfall and they are waiting for early compensation for rehabilitation.