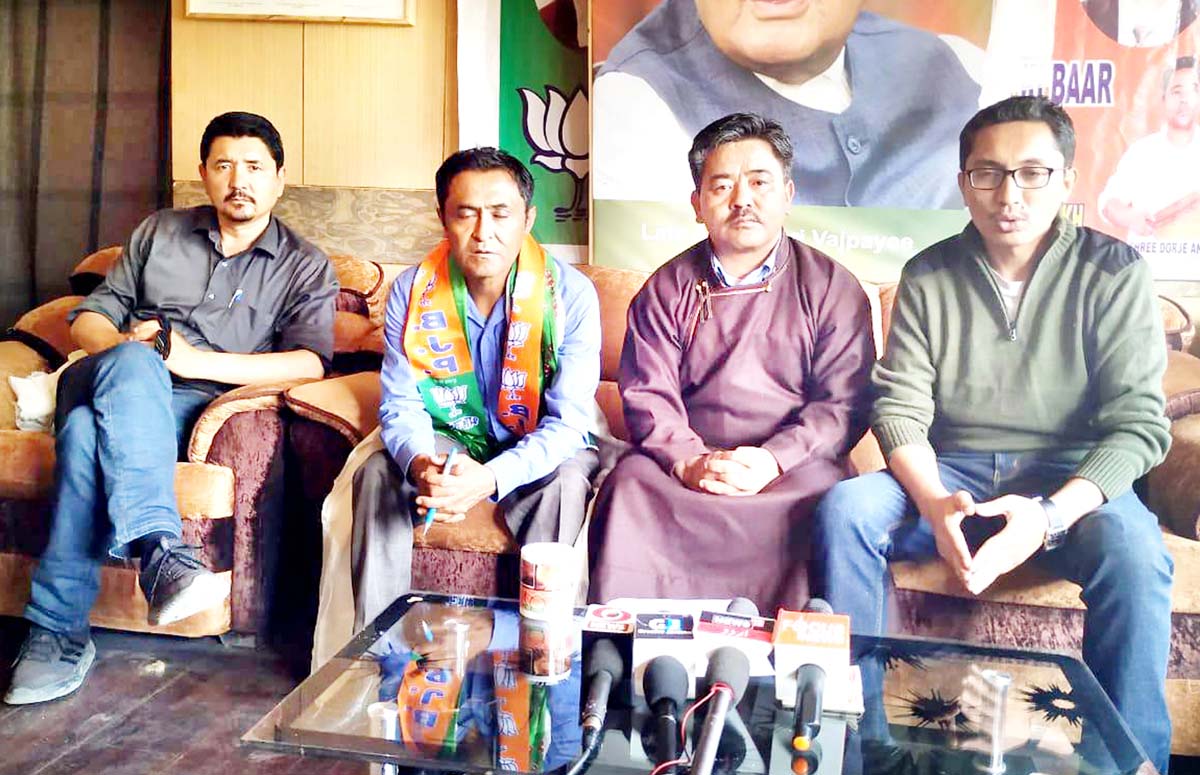 Excelsior Correspondent
LEH, July 14: PDP has been completely rooted out from Leh district today after its lone nominated Councillor, Advocate Mohd Nasir joined Bhartiya Janata Party (BJP).
Nasir was welcomed into BJP by its Leh President, Dorje Angchok and MP, Jamyang Tsering Namgyal with Khataks, sacred white scarf.
“I feel happy to join the party which runs the country. I have few reasons to join the party. Some issues of the minority community which I represent in LAHDC were not redressed by other parties like NC, Congress or PDP in the past. I see the vision of BJP leaders very clear,” Mohd Nasir claimed.
He hoped that BJP would be able to fulfil the demands of Suni community which he represents in LAHDC Leh.

“It is my dream to make J&K an oasis of talents”: LG