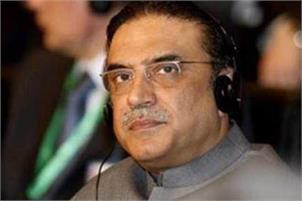 ISLAMABAD: Pakistan’s anti-graft body on Friday filed a new case of corruption against former president Asif Ali Zardari for allegedly being involved in transfer of billions of rupees to a company, co-owned by him and his son Bilawal Bhutto-Zardari, through fake bank accounts.

In 2009, Zardari and Bilawal became shareholders of the company.