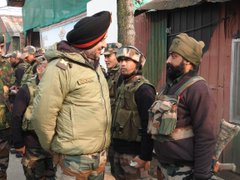 He said the Army commander visited the formations and units in the hinterland in south Kashmir.

Lt Gen Singh was briefed by commanders on ground regarding the operational and logistic preparedness, he said. (AGENCIES)