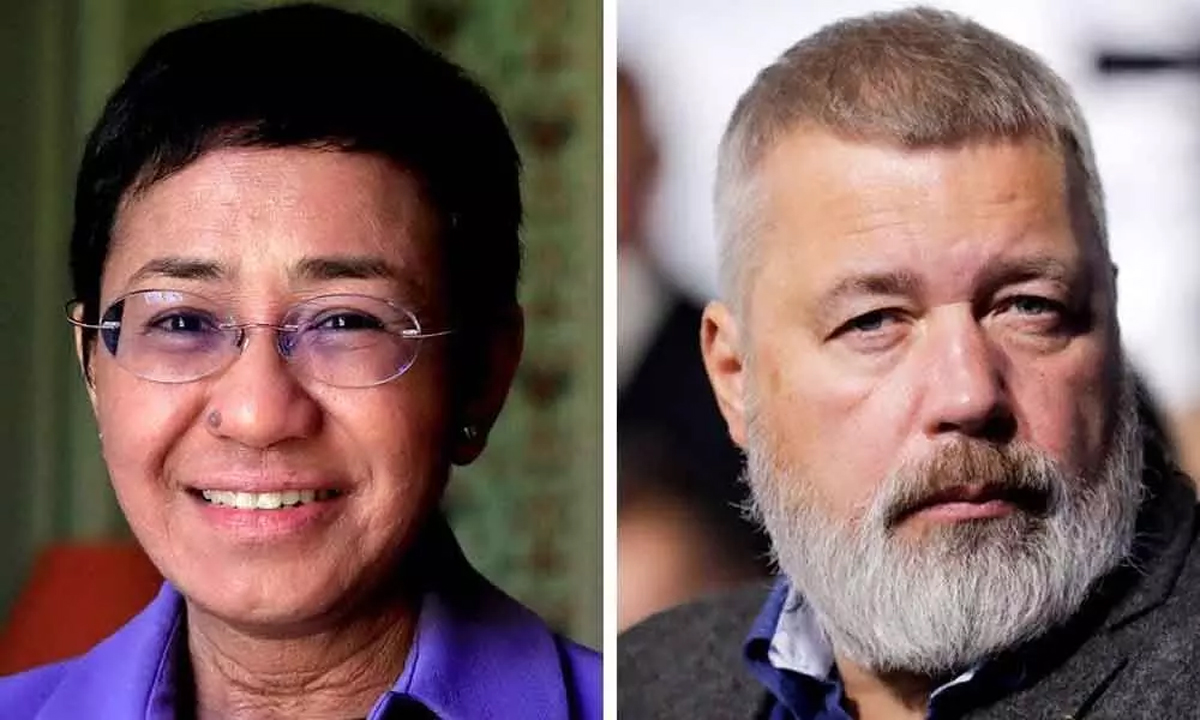 COPENHAGEN, Dec 10: The two journalists who shared this year’s Nobel Peace Prize received their awards Friday during a pomp-filled ceremony in Norway, where both warned that the world needs independent reporting to counter the power of authoritarian governments.

Maria Ressa of the Philippines and fellow laureate Dmitry Muratov of Russia gave their Nobel lectures at Oslo City Hall.

The Norwegian Nobel Committee awarded them the 2021 Nobel Peace Prize for their separate fights for freedom of expression in countries where reporters have faced persistent attacks, harassment and killings.

“Yes, we growl and bite. Yes, we have sharp teeth and strong grip,” Muratov said of journalists.

“But we are the prerequisite for progress. We are the antidote against tyranny.”

Muratov also used his speech to gave a dire warning about the potential for a war between Russia and Ukraine.

A massive Russian troop buildup near Ukraine’s border has led to Western diplomatic efforts to prevent an invasion, which the Kremlin has denied it is planning.

“In (the) heads of some crazy geopoliticians, a war between Russia and Ukraine is not something impossible any longer. But I know that wars end with identifying soldiers and exchanging prisoners, “Muratov said.

In 2012, Ressa, 58, co-founded Rappler, a news website critical of the Philippine government.

Muratov, 59, was one of the founders in 1993 of the independent Russian newspaper Novaya Gazeta.

Ressa, the first person from the Philippines to win the Nobel Peace Prize, offered a bleak assessment of the journalism industry, saying “the era of competition for news is dead.”

“We need to help independent journalism survive, first by giving greater protection to journalists and standing up against states which target journalists,” she said.

Together with the medals with the effigy of the prizes founder Alfred Nobel and diploma, came 10 million kronor ($1.1 million) to be shared between them.

Ceremonies honoring all of the newest Nobel laureates are held in Oslo and Sweden’s capital, Stockholm, on Dec. 10, the anniversary of prize founder Alfred Nobel’s death.

However, due to the pandemic, the awards in physics, chemistry, medicine, literature and economics were presented during ceremonies in the laureates’ hometowns.

Later Friday, a ceremony is planned in Stockholm.

Speeches by Nobel officials will be interwoven with the ceremonial presentations.

A local audience is scheduled, including Sweden’s King Carl XVI Gustav and members of the Scandinavian country’s royal family. (AP)