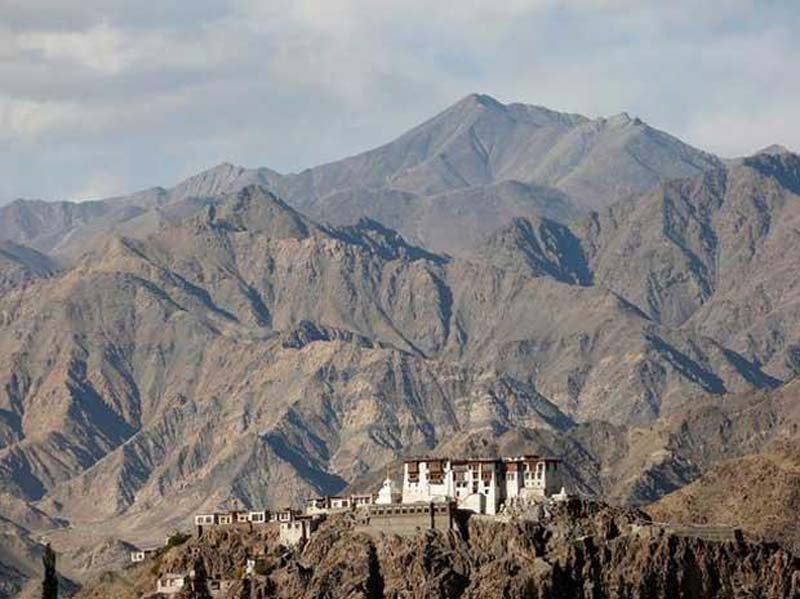 Hill Councils to get more powers under 6th Schedule

Mohinder Verma
JAMMU, Sept 11: Finally, entire Ladakh is all set to get tribal area status under Sixth Schedule of the Constitution as National Commission for Scheduled Tribes (NCST) has made favourable recommendation and formal orders in this regard are likely to be issued by the Union Ministry of Home Affairs shortly.
The demand vociferously raised by the people of Ladakh was deliberated upon in a meeting of senior officials of the Home, Law and Tribal Affairs Ministries and the National Commission for Scheduled Tribes held at New Delhi today and finally the Commission wrote to the Union Home Minister Amit Shah and Tribal Affairs Minister Arjun Munda recommending tribal area status for Ladakh under the Sixth Schedule of the Constitution.
“The NCST feels this will help democratic devolution of powers, preserve and promote distinct culture of the region, protect agrarian rights including rights on land and enhance transfer of funds for speedy development of the region”, Chairperson of the Commission Nand Kumar Sai has mentioned in the letter to the Home and Tribal Affairs Ministries.
Few days back, the Ministries of Home, Law and Tribal Affairs and the National Commission of Scheduled Tribes had broadly agreed to a proposal to recommend tribal area status for Ladakh after holding discussion on various provisions of the 5th and 6th Schedule of the Constitution. It was then decided that the final call will be taken on September 11, 2019.
“In today’s meeting discussion again revolved around the provisions of 5th and 6th Schedule of the Constitution and which of these provisions shall apply to Ladakh”, sources said, adding “while the 5th Schedule involves the Tribal Affairs Ministry declaring an area as scheduled area which is then covered by benefits under the Tribal Sub-Plan of the Union Government, it is the Home Ministry that grants tribal area status under the 6th Schedule of the Constitution”.
Finally, several rounds of discussion came to an end with National Commission for Scheduled Tribes formally making recommendation for grant of tribal area status to entire Ladakh comprising of districts of Leh and Kargil under 6th Schedule, which provides for administration of tribal areas after setting up of autonomous district and regional councils.
They further said, “it is for the first time in the country that any Union Territory is going to be declared as tribal area by the Union Ministry of Home Affairs as none of the existing Union Territories with a predominantly tribal population has been declared tribal area so far”, adding “Lakshadweep where tribals make up around 95% of the population has yet not been declared as tribal area under 6th Schedule of the Constitution”.
So far notified tribal areas under 6th Schedule exist in four States—Assam, Meghalaya, Tripura and Mizoram.
As per Census 2011, about 80% of the population in Leh and Kargil districts is Scheduled Tribes but as per the current estimates over 97% of the population is tribal. Tribals make up 66.8 per cent of the population in Leh, 73.35 per cent in Nubra, 97.05 per cent in Khaltsi, 83.49 per cent in Kargil, 89.96 per cent in Sanku and 99.16 per cent in Zanskar.
The official figures, however, don’t include a number of communities including Sunni Muslims in the region who have been seeking Scheduled Tribe status. Taking this into account, the total tribal population in Ladakh is more than 97%. The Scheduled Tribes that inhabit the region include Balti, Beda, Boto, Brokpa, Drokpa, Changpa, Garra, Mon and Purigpa.
Though Ladakhis have welcomed the Centre’s decision to revoke the special status of Jammu and Kashmir and make Ladakh a Union Territory, they feared that influx of outsiders would lead to a change in the region’s demography and jeopardise their culture and identity.
“As Ministry of Home Affairs is likely to issue formal orders about granting tribal area status to entire Ladakh within next some days, people of Leh and Kargil would be able to protect demography of the respective districts as well as their cultural and economy identity”, sources said.
They further said, “since Autonomous Hill Development Councils are already existing in Leh and Kargil as per the Act enacted by the State Legislature, the powers conferred to the autonomous regional councils under 6th Schedule shall be exercised by the existing Councils in Ladakh and this would be clarified by the Union Ministry of Home Affairs shortly”.
As per the 6th Schedule, the regional councils have the powers to make laws with respect to the allotment, occupation or use, or the setting apart of land, other than the land which is a reserved forest for the purposes of agriculture or grazing or for residential or other non-agricultural purposes or for any other purpose likely to promote the interests of the inhabitants of any village or town etc.
It is pertinent to mention here that at present existing Hill Councils don’t have powers to make laws.