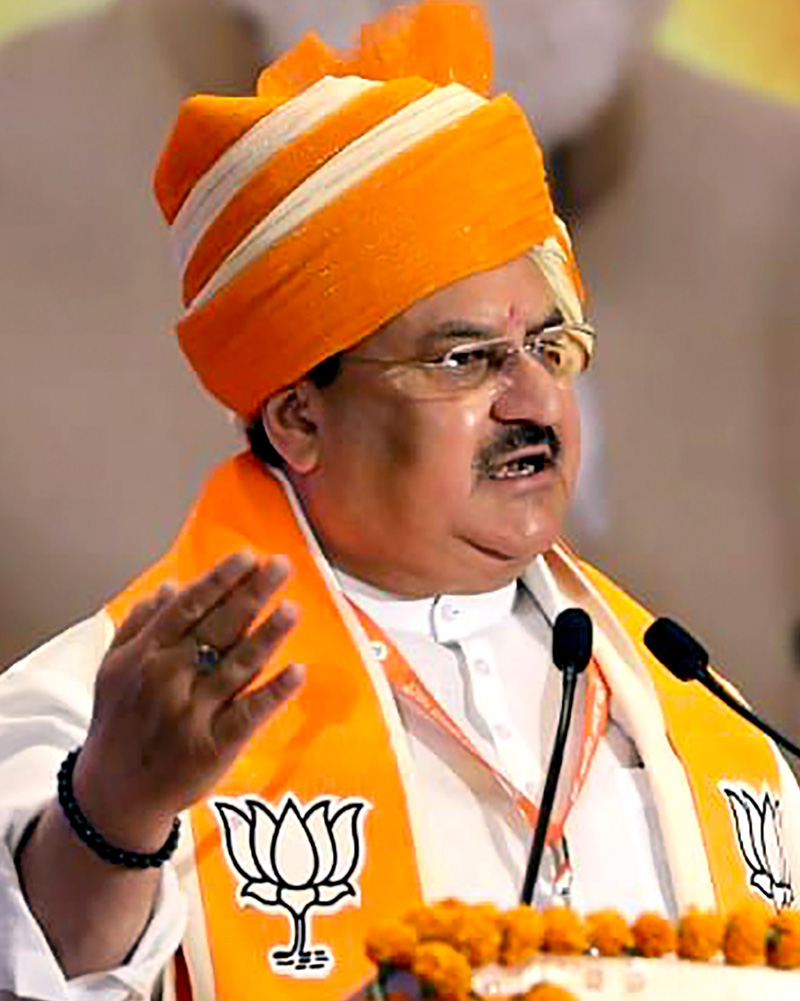 BJP expanding its base in UT including Kashmir

JAMMU, May 20: The BJP office bearers’ meeting held at Jaipur in Rajasthan today dropped enough indications of early Assembly elections in Jammu and Kashmir after completion of the Delimitation Commission proceedings and was of the view that targeted killings in the Valley are being orchestrated by Pakistan-sponsored militants in desperation due to return of peace in the Union Territory.
In his address to the meeting, BJP national president JP Nadda is understood to have dropped hints that after completion of the exercise for delimitation of Assembly constituencies in Jammu and Kashmir by the Delimitation Commission, Assembly elections will be held in the Union Territory shortly.
As per the insiders, Nadda referred to the submission of Delimitation Commission report on Jammu and Kashmir and said the Union Territory will now head towards the Assembly elections.
The Commission submitted its recommendations on May 5 with 47 Assembly seats to Kashmir and 43 to Jammu division. It also recommended nomination of two Kashmiri migrants to the Assembly besides representation to the refugees of Pakistan occupied Jammu Kashmir (PoJK).
Nadda also mentioned return of peace in Jammu and Kashmir post August 5, 2019 decisions and conduct of Panchayat and Municipal elections followed by the District Development Council (DDC) polls and said now there are no stone pelting incidents in the Kashmir valley.
“Tourism and business are flourishing across Jammu and Kashmir,” Nadda is reported to have said in support of his claims that peace has returned to the Union Territory including the Valley.
He is also reported to have mentioned the recent targeted killings in Kashmir and attributed them to frustration among Pakistan-sponsored militants, who don’t want return of peace and normalcy in the Valley.
However, the BJP office bearers’ meeting was of the view that the fresh round of militancy will also vanish and security forces will eliminate the militants involved in the killings.
“This is a temporary phase (the militants indulging in targeted killings). This won’t last long,” the meeting observed and expressed satisfaction over the fact that people’s support to the militancy has ended in the Valley.
“People in Kashmir now no more support the militancy. They are fed up with violence and want return of peace,” the party observed and reiterated Prime Minister Narendra Modi and Home Minister Amit Shah’s commitment to zero tolerance towards terrorism.
It appreciated works and projects running into hundreds of crores which have been approved by the Prime Minister and the Home Minister for Jammu and Kashmir which will boost development of the Union Territory.
“From militancy, Jammu and Kashmir is now marching towards development. Various new projects are being executed in the Union Territory,” the party said.
Lauding working of Jammu and Kashmir unit of the Bharatiya Janata Party (BJP) even during tough circumstances, the BJP national office bearers were of the view that the party leaders have done exceptionally commendable job in the UT for welfare of the people.
“The party cadre is now jubilant. Not only in Jammu region, the BJP has expanded its footprints in Kashmir also and is in a position to win Assembly seats in the Valley,” the party mentioned and recalled the BJP victory in the Valley during the District Development Council polls.
In his address, BJP Jammu and Kashmir president Ravinder Raina said the party has been strengthened and many leaders from different political parties have joined the BJP in the recent past.
“The Congress has lost its base in Jammu and Kashmir. Even in Jammu region, it has been marginalised. The support base of National Conference and PDP had shrunk considerable,” Raina said and expressed confidence that the BJP will form next Government in the UT with complete majority.