E-Paper
Home State Mysterious death of housewife turns out to be murder by husband, in-laws 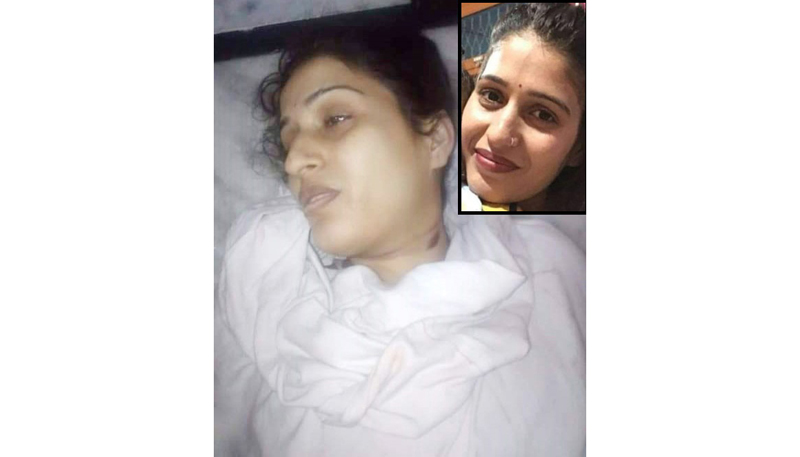 UDHAMPUR, Aug 13: Death of a young housewife under mysterious circumstances at village Majlata on August 8, has turned out to be murder by her in-law following which Police has arrested husband of the deceased among three persons.
According to the police, the deceased, namely Eva Raina (27), wife of Vikrant Sharma, was strangulated to death by her husband, mother in-law Makhana Devi and sister in-law Manta Badyal. The accused confessed to have killed the woman by strangulating her because of domestic reasons.
On August 8, the deceased was brought to Primary Health Centre (PHC) Majalta by her in laws and after the doctors declared the victim as brought dead, the family members took away the dead body without allowing post mortem.
On being informed, a team from Police Station Majalta, led by SHO Vishal Sharma rushed to the spot and took the body in their custody. Later on, postmortem of the dead body was conducted at PHC Majalta and an inquest proceeding under Section 174 CrPC was conducted.
During the course of enquiry, the police team examined the spot and collected all circumstantial evidences. During questioning, all the three accused broke down and confessed to have committed the murder of Eva Raina by strangulating her.
Accordingly, based on postmortem report and doctor’s opinion and other eye and circumstantial witnesses, Police today completed the inquest proceedings and converted the case FIR Number 94/2020 into murder case under Section 302 IPC at Police Station at Majalta.
The case was solved by the SHO Majalta, Vishal Sharma under the supervision of SDPO Ramnagar G R Bhardwaj and SSP Udampur Sagun Shukla.

Though 62 kms from Jammu, hamlets of Jeed, Handred still without road

Firm political will needed to make J&K similar to other states: Bukhari