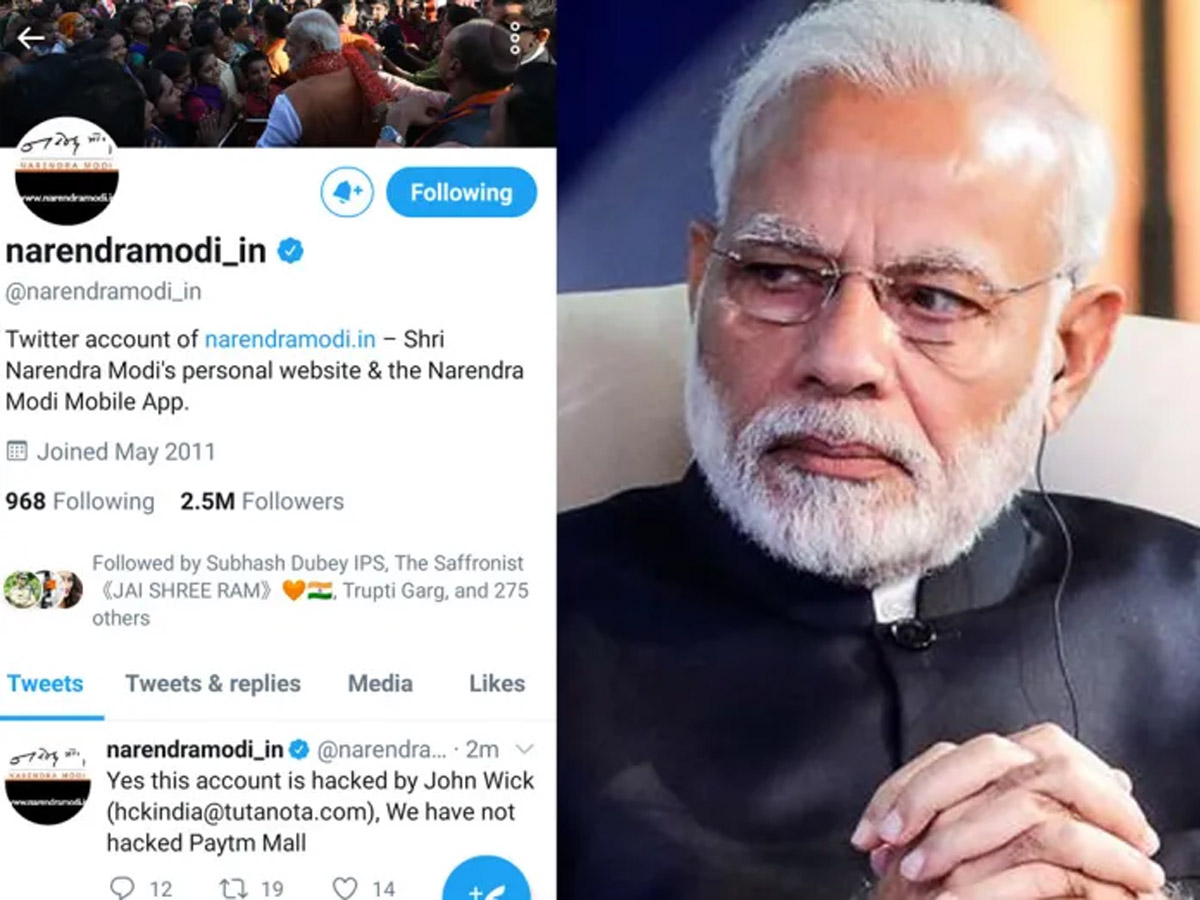 NEW DELHI, Dec 12:
Prime Minister Narendra Modi’s Twitter handle was briefly hacked today, and a tweet claiming that India has “officially adopted bitcoin as legal tender” was put out from it.
The Prime Minister’s Office later said the account was immediately secured after the matter was escalated to Twitter.
“The Twitter handle of PM @narendramodi was very briefly compromised. The matter was escalated to Twitter and the account has been immediately secured. In the brief period that the account was compromised, any Tweet shared must be ignored,” it said.
The tweet, after Modi’s personal handle was hacked in the small hours, also claimed that India has officially bought 500 BTC and is distributing them among its residents and shared a link, asking people to hurry up.
The future has come today, it said.
Many users immediately pointed out that the account seems to have been hacked. Some like Youth Congress president Srinivas B V took a jibe as he tweeted while posting the screenshot of the now-deleted tweet, “Good Morning Modi ji, Sab Changa Si?”
This is not the first time that a Twitter handle associated with the Prime Minister has been compromised.
In September 2020, the handle of his personal website was hacked and even then tweets promoting bitcoin, seen to be linked to a scam, were posted from @narendramodi_in.
Modi’s accounts are not alone in being targeted by hackers for pushing bitcoin, a cryptocurrency, as handles of several noted public personalities, including Barack Obama and Bill Gates besides those from other fields like entertainment, have been targeted in the past.
India, it may be noted, has taken a tough stand on cryptocurrencies.
Modi has been vocal in highlighting the risks associated with crypto, including at the recent democracy summit hosted by US President Joe Biden, and in his internal meetings with government officials
The Government has expressed concern that cryptocurrencies may be used for luring investors with misleading claims and for funding terror activities and money laundering. It is likely to bring a law to deal with the issue. (PTI)