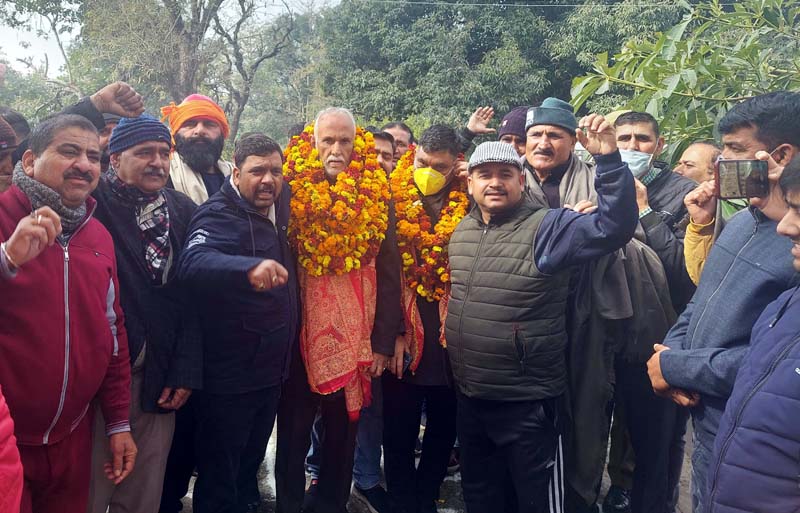 JAMMU, Feb 6: Former Member Parliament, (Rajya Sabha )and ex State president BJP ( J&K), Shamsher Singh Manhas visited Baran today and addressed a meeting of BJP workers there to strengthen the party at grass root level .
While addressing the gathering, Manhas complimented the Union Government for the futuristic budget of Union Territory (UT) of Jammu & Kashmir. He said the budget of J&K will open the new doors of infrastructure development and job creation.
All the flagship schemes of the Government of India including individual beneficiary centric schemes are also being proactively implemented in UT of J&K, Manhas added.
Manhas said that the Modi Government is committed to the holistic development of every nook and corner of the Union Territory of Jammu & Kashmir under a well-knit programme. He said that the Government is making sincere efforts to mitigate the problems of the people on priority.
Manhas highlighted the programmes and policies of the Centre and the Lieutenant Governor Government of J&K and said that it is endeavour of the Prime Minister, Narendra Modi to ensure all round development of Jammu and Kashmir to make it a prosperous Union Territory in the country. He said both Centre and the LG Government are working honesty to address the problems of the common masses with transparency and accountability at all levels.
Manhas also interacted with local residents and gave a patient hearing to their issues. He assured them that all their genuine concerns will be looked into on priority.
Prominent among those who attended the meeting were Ex district president, Sukhdev Singh Jamwal , corporator Kuldeep Chib, corporator Rekha Manhas, corporator Mohinder Bhagat ,corporator Suraj Padha, Sarpanch Raghuveer Singh, Joginder Manhas, Ajay Sudan and Ved Parkash Sharma.