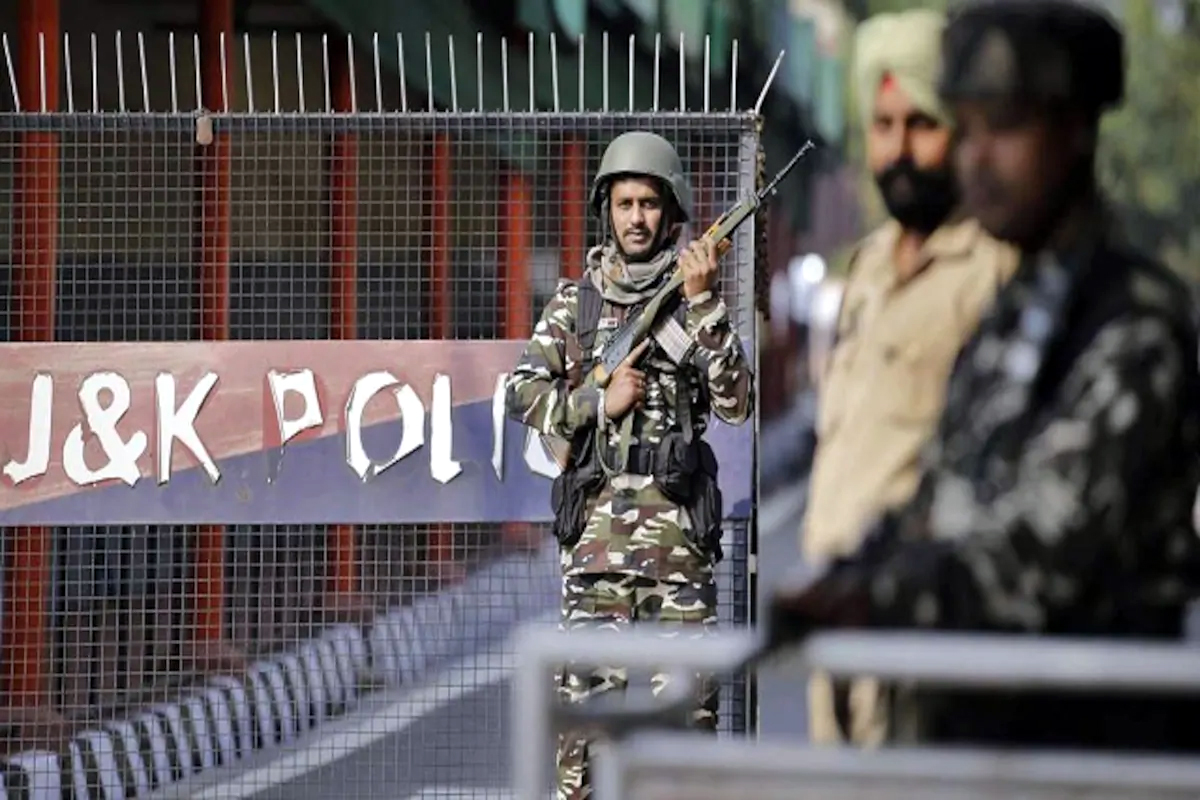 Was luring youth into militancy using Social Media
Excelsior Correspondent
JAMMU, Jan 18: Police today arrested a militant from border village of Mandi in Poonch district who was instrumental in providing vital information to the militants about security establishments and luring youth into the militancy by misusing Social Media.
After developing inputs that some militants had become active in the border district, Poonch Police teams under the supervision of SSP Rohit Baskotra activated police and Intelligence teams in the border areas and finally one of the militants was captured this morning.
He has been identified as Anjum Mehmood son of Ghulam Moi Din, a resident of village Baila in Mandi area of Poonch district.
He has been booked for terror activities including 3/13 Unlawful Activities Prevention Act (UAPA) besides Sections 120-B,121,122 Indian Penal Code.
Reliable sources, however, told the Excelsior that Anjum was in touch with the militants and was providing them vital information about security establishments and movement of security personnel in the border areas as well as hinterland.
“Not only this, he was also luring youth into militancy by misusing Social Media,” sources said, adding he had used Social Media to establish links with the militants.
Police have seized certain incriminating material from the possession of arrested militant including a mobile telephone which he was using to stay in touch with the militants for providing them vital information about movement of the security forces.
He had also shared seditious material with the militants which was traced from examination of his mobile telephone.
According to the sources, Anjum Mehmood was in touch with nearly half a dozen youth of Pir Panjal region and was instigating them to join the militancy.
However, he hadn’t been able to win over the youth so far though couple of them were in regular touch with him through Social Media.
It may be mentioned here that the militants of Lashkar-e-Toiba (LeT) and Jaish-e-Mohammed (JeM) are trying to revive the militancy in Pir Panjal range by motivating local youth and luring them into the militancy.
“Anjum Mehmood was also part of this network of LeT and JeM outfits,” sources said.
They added that the militants are trying their best to cause terror acts in the twin border districts of Rajouri and Poonch on the eve of Republic Day but alert security forces are determined to foil their plot.
On the eve of Independence Day last year also, the militants had tried to indulge in terror acts but had failed. Number of Improvised Explosive Devices (IEDs), cash, arms and ammunition were recovered in Poonch district ahead of the Independence Day celebrations last year.
Police said they have mounted surveillance in the twin districts to ensure that the militants don’t manage to succeed in their designs ahead of the Republic Day celebrations.