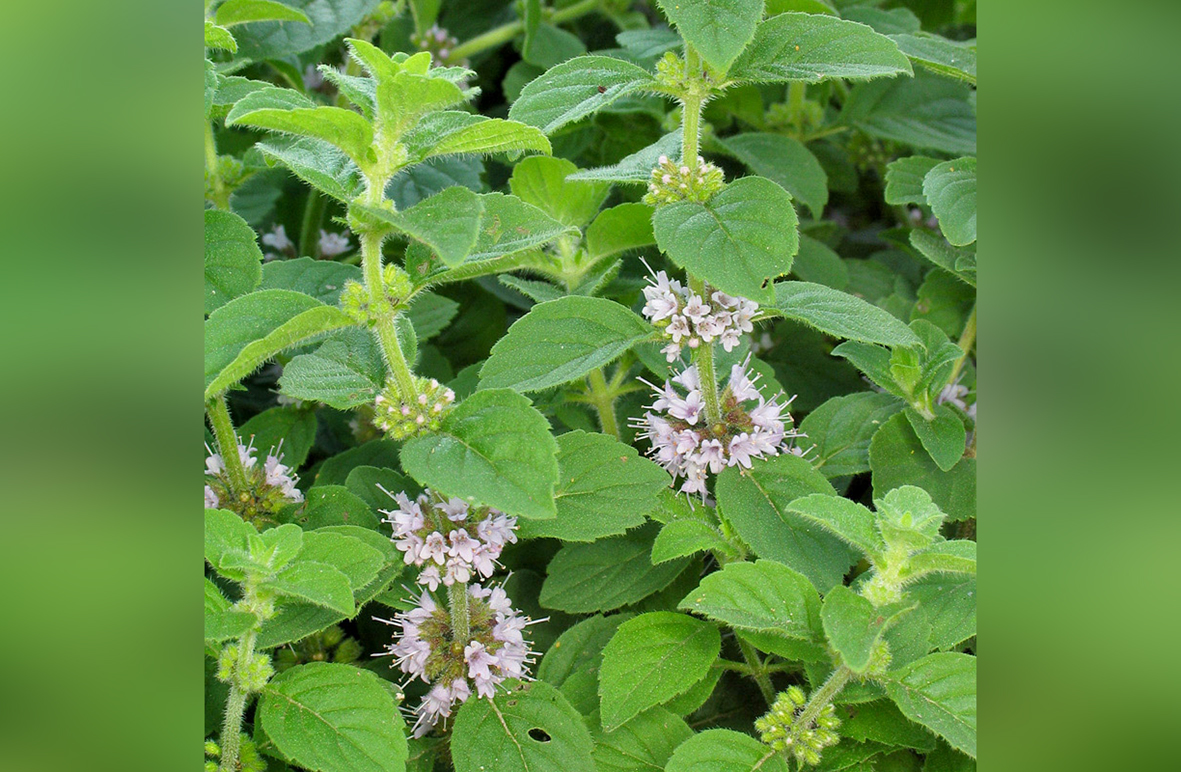 Dr. Vikas Sharma, Insha Rasool
Mentha is a worldwide plant and contains several species which are used in traditional medicine and phytotherapy. It is a well-known genus that includes 25-30 species that are generally grown in temperate areas around the world, particularly in Europe, North America, North Africa, Asia, the northern parts of Iran and near the east (Syria, Ethiopia). The plant is cultivated in Jammu and Kashmir at heights from 300-1200 m and the whole plant is used in vast range of diseases like anorexia, abdominal pain, vomiting, cough, loss of appetite, menstrual disorders, pain in joints and in diseases of liver, spleen and asthma. Each species has its own characteristic prevalent compound. The phytochemical investigations on the Mentha species revealed that they possess flavonoids, glycosides, phenolics compounds, triterpenoids, steroids and lignans. A comprehensive review was conducted to assess the safety and efficacy of some Mentha species of Jammu region:
* Mentha arvensis, Field mint, Pudina.
* Mentha citrata, Bergamot mint, Pudhina,
* Mentha longifolia, Horse mint, Jungli Pudina.
* Mentha piperita, Pepper mint, Gamathi Pudina.
* Mentha spicata, Spear mint, Pahari Pudina.
* Mentha viridis, Green mint, Pudina.
The whole plant of Mentha arvensis is used in vast range of diseases like abdominal pain, anorexia (eating disorder), vomiting, cough, loss of appetite, menstrual disorders, pain in joints and in diseases of liver, spleen and asthma. The leaves are mostly used as salad and medicinally used for stomach problems and allergy. The infusion of these leaves is used in indigestion, rheumatic pains, arthritis and as remedy for inflamed joints. It is traditionally used in hypertension and in patients with ischemic heart disease. Essential oil can be diluted and used as a wash for skin irritations, itching, burns, inflammations, scabies and ringworm or to repel mosquitoes.
Mentha citrata is a herbaceous, perennial and highly aromatic plant, which is commonly known as bergamot-mint, lemon-mint or lavender-mint. Two chemotypes of bergamot-mint: one rich in linalool accompanied by small quantity of linalyl acetate and the other rich in linalyl acetate accompanied by some amount of linalool are recognized. The linalool and linalyl acetate are used as a sedative and inflammatory medicine and are beneficial to mental and physical health as well as its widespread use in cosmetic and sterilization industries. A tea made from the fresh or dried leaves of Mentha citrata has traditionally been used for stomach aches, nausea, parasites and other digestive disorders and for fevers and headaches. Mentha citrata has shown a significant antioxidant effect as well as a notable anti-cancer activity against colon cancer.
Mentha longifolia is used in the pharmaceutical, tobacco and food industries and particularly in cosmetology. Different parts of the plant including its leaves, flower, stem, bark and seeds have been also used widely in traditional folk medicine as antimicrobial, carminative, stimulant, antispasmodic and for the treatment of various diseases such as headaches and digestive disorders. Usage of M. longifolia in the treatment of throat irritation, mouth and sore throat is widespread.
Mentha piperita is used as a remedy for common cold, inflammatory processes of the mouth, pharynx, sinuses, liver, gallbladder and bowel as well as gastrointestinal tract ailments such as nausea, vomiting, diarrhoea, cramps, flatulence, dyspepsia. Peppermint oil (as well as peppermint leaf) has been used internally as an antispasmodic (upper gastrointestinal tract and bile ducts) and to treat irritable bowel syndrome, catarrh (inflammation of mucous membranes) of the respiratory tract. Externally, peppermint oil has been used for myalgia, neuralgia and also act as a carminative, cholagogue, antibacterial and secretolytic agent. Chloroform and ethyl acetate extracts from leaf part of Mentha piperita showed significant dose and time dependent anticarcinogenic activity against cervical, breast, leukaemia, colon and pancreatic cancer cells.
Mentha spicata or spearmint acts as insecticide, antispasmodic and anti-platelet (anticoagulant) drug. In term of medical uses, it is considered as an herbal medicine in folkloric remedies for treating of colds and flu, respiratory tract problems, gastralgia, haemorrhoids and stomach-ache. Spearmint leaves are generally taken as a tea in which its carminative properties can help to treat digestive disorders, fever and minor ailments. The anticancer potential of essential oils from Mentha spicata leaves on some cancer cell lines have also been revealed in vitro. It has been proved that Mentha spicata oil has anti-proliferative activity on leukaemia and prostate cancer cell lines.
(The authors are from Division of Biochemistry, FBSc., SKUAST-J )