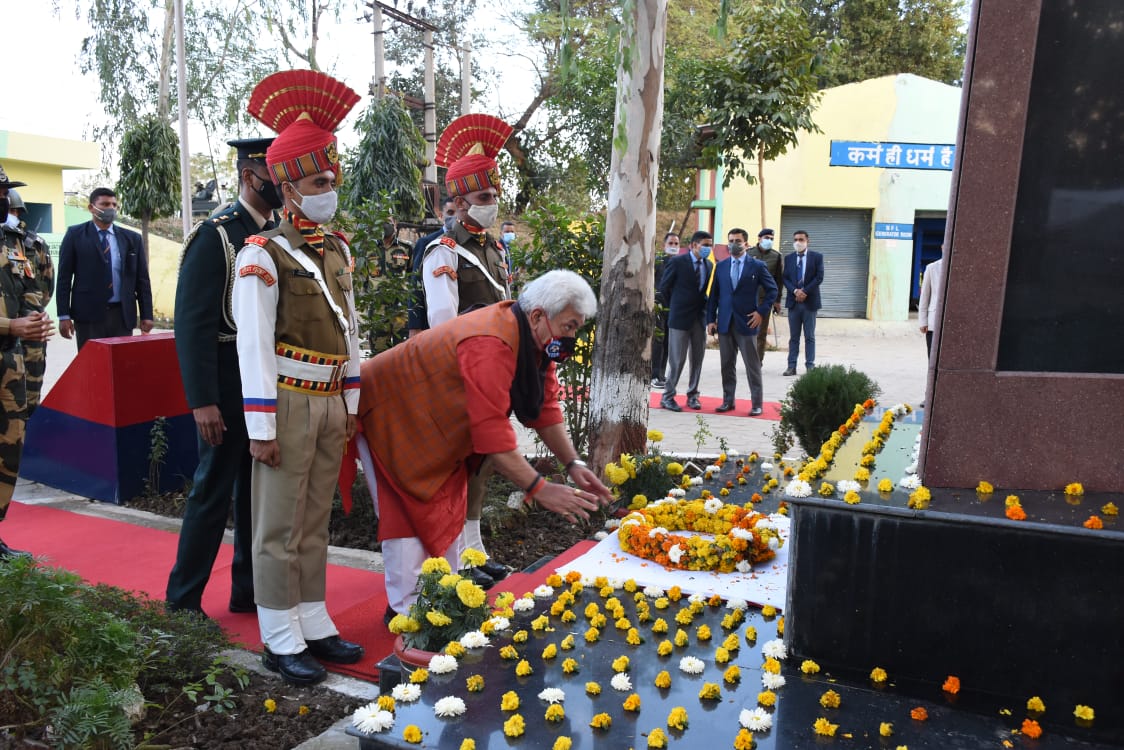 Jammu, Dec 7: Jammu and Kashmir Lieutenant Governor Manoj Sinha on Tuesday visited Baba Chamliyal Shrine along international border in Samba district of Jammu and Kashmir.
The Lieutenant Governor offered ‘chadar’ at the shrine and later also reviewed the security scenario with the BSF.
BSF spokesman, DIG SPS Sandhu said that IG Jammu Frontier, D K Boora along with Surjeet Singh, DIG received LG and briefed him about the security scenario and BSF domination on International Border in the area.
LG also witnessed a weapon display at the BOP, said the spokesman.
Sinha interacted with BSF troops and praised them for their extraordinary service and hard work.
He also presented them a fruit basket to jawans and laid wreath at Shaheed Jatinder memorial in the honor of martyrs at the BOP.
During his visit of village Channi Fatwal, Tehsil Ramgarh, Samba along with other civil dignitaries.
LG offered Chadar at Baba Chamliyal shrine and also interacted with border population, he said. (Agencies)