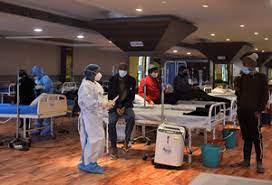 Nur-Sultan, Jan 21: The European Parliament’s resolution on the recent riots in Kazakhstan is biased and based on prejudiced data and assumptions, the Kazakh Foreign Ministry said on Friday.
On Thursday, members of the European Parliament called for an international investigation into the recent developments in Kazakhstan and sanctions against the country’s officials under the EU Global Human Rights Sanctions Regime.
“The Ministry of Foreign Affairs of the Republic of Kazakhstan believes that the resolution on the situation in Kazakhstan adopted by the European Parliament on 20 January 2022 is not only biased but also based on prejudiced opinions and assumptions,” the ministry said in a statement.
“We find it unacceptable that a document of this nature has been adopted before the publication of the findings of the official investigation initiated by the leadership of the Republic of Kazakhstan. We reconfirm that the results of this investigation will be openly shared with the international community,” the statement added.
(UNI)