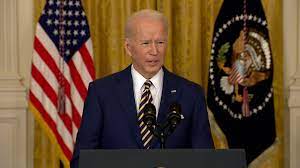 Cairo, Jan 21: Libya’s central bank said that it has started a process to reunify after being split for years during the country’s civil war.
In a statement on Friday, the bank said the reunification of the its institutions will be implemented in stages.
The step towards unification comes after the country’s elections were delayed last month, throwing its transitional to democracy into question.
Libya was plunged into chaos after a NATO-backed uprising toppled longtime dictator Moammar Gadhafi in 2011 and split the oil-rich North African country between a UN-supported government in the capital, Tripoli, and rival authorities based in the country’s east. Each side has been backed by armed groups and foreign governments.
In 2020, a UN-brokered ceasefire ushered in a transitional government that had been meant to oversee the country until national elections in December of last year. But lawmakers have failed to agree on elections laws or which candidates should be eligible to run, and decided to postpone the vote.
The Central Bank of Libya is the repository for billions of dollars annually in oil revenue as well as foreign reserves. In 2014, the bank splintered along the country’s broader political fault lines.
The internationally recognized headquarters remains in Tripoli, while an eastern branch allied with military commander Khalifa Hifter was set up in Benghazi. Under the transitional government, tensions remain over how the country’s fossil fuel wealth is distributed.
The bank issued photos on Thursday of the bank’s Tripoli-based Central Bank Governor Sadiq al-Kabir with Ali al-Hebri, who represented the central bank in the east, sitting down to sign the reunification agreement.
The bank’s statement said and that the London-based accounting firm Deloitte had been contracted to oversee the process. (AGENCIES)