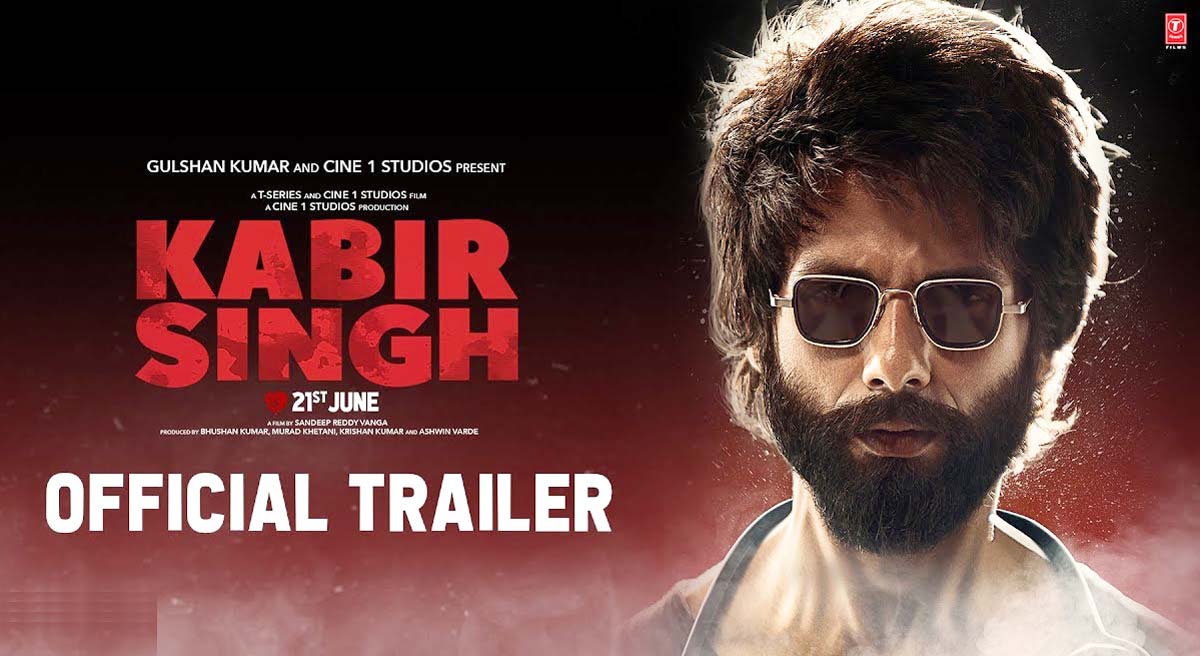 After Kaminey, Haider and Udta Punjab, actor Shahid Kapoor portrays yet another edgy character in Kabir Singh, a remake by Sandeep Vanga of his own Telegu film Arjun Reddy. Ahead of the film’s release. Some excerpts of Kapoor’s recent conversations with media
How much of you will we see in Kabir Singh?
This is a very special film. Kabir Singh is a film which is straight from the heart. I think best films are the ones which are straight from the heart. The audience will get to see heartbreaks and what happens after that. It is a very intense and beautiful love story. The audience must not get into the usage of alcohol or cigarettes by the protagonist. Sometimes such things are used to show the pain of a man. There is a lot of honesty in the film. It is very different from the characters I had played before. This is a very edgy character. The character’s insanity is because of his broken heart. There is a deep emotion at the heart of this film. The character happens to be very entertaining but it is his emotional arc which is so exciting.
Do you believe in remakes of successful films?
I personally believe one should not remake cult films like Arjun Reddy so that it doesn’t get spoiled. But I was so inspired by the world of the film and the character of Arjun Reddy that I wanted to take a shot at it. It was too good an opportunity as an actor. We have put a lot of heart and soul into this film. It has been a very long, intense journey. We really hope people can feel the pain, angst and love that Kabir Singh is trying to honestly depict in the film.
People used to applaud more when you use slang in the films than your action or romance. How do you view usage of slang in the film?
I will urge the audience to feel the pain of Kabir Singh and feel the soul of the film. People are now seeing only the trailer of few minutes. Since Kabir Singh is a title role, the character’s attitude and the story have been suggested through the trailer. It is very important for people to understand Kabir Singh and the head space of the character. The audience will understand the journey of the character only after watching the movie. Hopefully the audience will come out of theatre houses with something very beautiful because the love story is very passionate and honest. It is true that the character has a crazy attitude but the film is much more than just an excitement.
How do you see the “Bollywoodisation” of Arjun Reddy in Kabir Singh?
Arjun Reddy was liked a lot by the audience. It was a love story and heartbreak along with the moments of emotions. But it is a beautiful film. I don’t know what is called ‘Bollywoodised’ film. We haven’t changed the film’s world which was there in Arjun Reddy.
How challenging was it to portray the character of Kabir Singh after once the character was played onscreen.
See the most challenging thing is always to rediscover a film which has already been made. I had liked Arjun Reddy. We tried to find the soul of Kabir Singh and convey his pain, intensity and persona to the audience so the effort was to try and make an original film without losing the inherent beauty of Arjun Reddy.
How many times have you seen Arjun Reddy?
I have seen only once. In fact, I was asked by Bhushan ji (Bhushan Kumar, producer) to watch the film. I had loved the film. I had a doubt whether Sandeep would direct a Hindi film. Later we met Sandeeep and he was talking to me in English and Hindi as well. We felt like he is somebody who could have made a Hindi film. Sandeep also said he is very comfortable in Hindi. That is how, we had started working for the film.
How do you react to heartbreaks?
I think only few people take themselves to the level of Kabir Singh after the heartbreak. That is why probably people want to see the film because he is so different and new. But of course nothing feels right after heartbreaks. It seems everything in life is black and white but one has to get over it and move on. (IBNS)