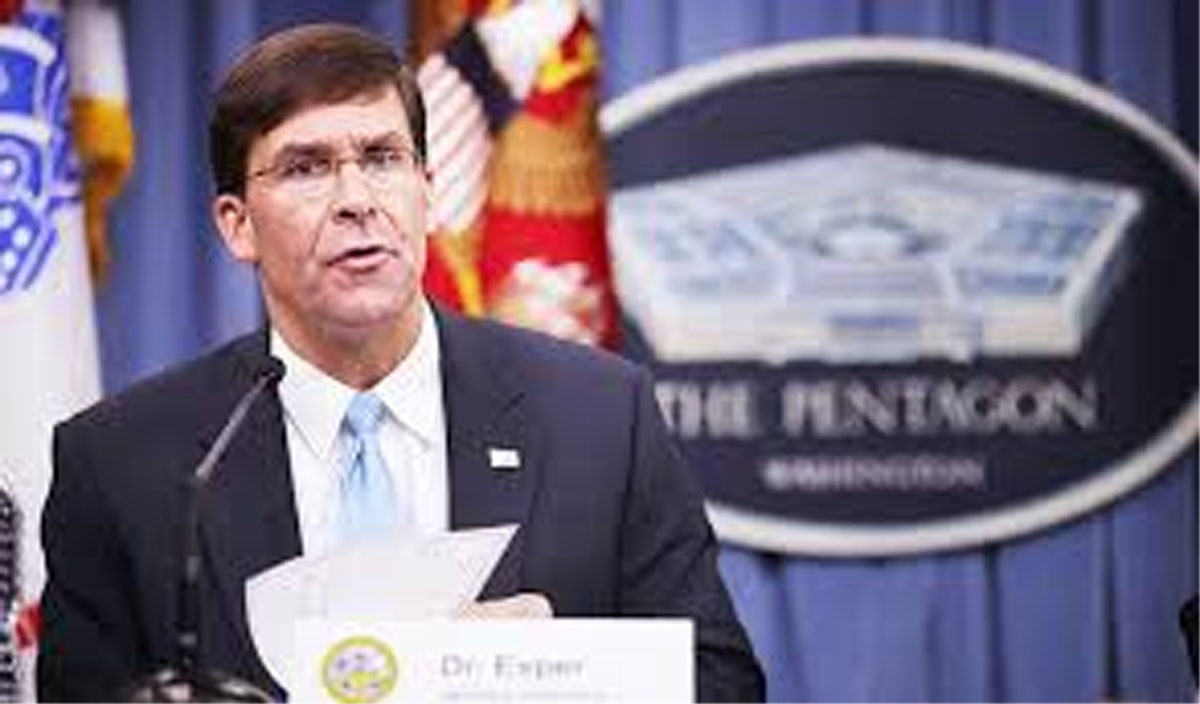 WASHINGTON, June 22: Donald Trump has nominated Mark Esper to be the US Secretary of Defense, the White House said late Friday, hours after the president revealed he had come close to authorising a strike on Iran.

Esper, who is Secretary of the Army, was named acting Pentagon chief after Patrick Shanahan withdrew his name from consideration for the role this week, citing family concerns. (AGENCIES)
&&&
SECURITY-US-WARREN-PRISONS
US democratic Presidential candidate Warren vows to ban private prisons
WASHINGTON, June 22:
US Senator and Democratic presidential contender Elizabeth Warren in a social media post said that as president she will ban the federal government from using private prisons.
“There should be no place in America for profiting off putting more people behind bars or in detention. That’s why I will shut down the use of federal private detention facilities,” Warren wrote in an article on Medium.com on Friday.
Warren noted that from 2000 to 2016 the private prison population grew five times faster than the population in government facilities. Today some 4,000 corporations are making money off mass incarceration, she added, while 73 percent of detained migrants are held in private detention centers.
Last year, Corrections Accountability Project (CAP) Director Bianca Tylek told Sputnik that privatizing immigration detention centers has led to the exploitation of migrant labor and allows corporate interests to drive US immigration policy.
In 2017, two private prison companies, Geo Group and CoreCivic, combined won nearly $1 billion worth of US federal government business after donating more than $4 million to candidates who promoted aggressive immigration enforcement policies, according to CAP, an advocacy group which is now called Worth Rises.
Warren is one of twenty candidates vying to become the Democratic Party ‘s presidential nominee in 2020. In recent polling she has placed in the top three behind former Vice President Joe Biden and Senator Bernie Sanders.
(AGENCIES)
^^^