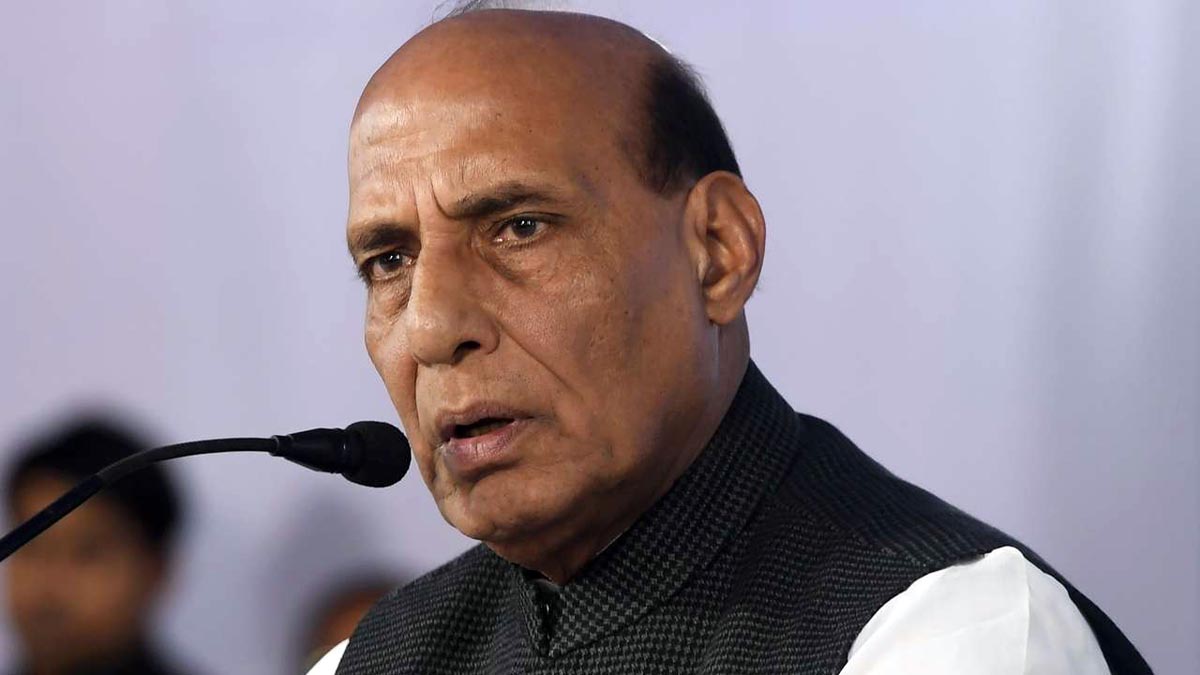 “These (powers) include building permission fee, taxes on entertainment, advertisement, hoardings and various kinds of businesses and profession. Central and State Government funds will further supplement ‘Own Funds’ of the Panchayats under various schemes such as Mahatma Gandhi National Rural Employment Guarantee Act (MGNREGA), Pradhan Mantri Awas Yojana (PMAY), Integrated Child Development Services (ICDS) and Mid-Day Meal,’’ Rajnath said.
In addition to selection of eligible beneficiaries for various schemes, the Union Home Minister said, Panchayats will also be involved in implementation of key national schemes such as National Health Mission, Samagraha Siksha, Mission for Development of Horticulture, Agricultural Technology Management Agency (ATMA) and Pradhan Mantri Krishi Sinchai Yojana (PMKSY).
“On an average, every Panchayat will now get around Rs 50-80 lakh per year at its disposal for implementation of key national schemes,’’ Rajnath said and added that to further strengthen the Panchayats, additional posts are being sanctioned for Accountant, Data Entry Operator, Block Panchayat Inspector etc.
Maintaining that the local body elections in Jammu and Kashmir will have historic significance in many aspects, Singh said they will re-establish long overdue grassroots level democracy in Jammu and Kashmir.
“The Urban Local Body elections are being held after 2005 and Panchayat polls after 2011. Provision of direct elections will also pave the way for making available nearly Rs 4335 cr of 14th Finance Commission Central grants to the duly constituted Local Bodies,’’ he said and pointed out: “but for these elections, people of Jammu and Kashmir would have been deprived of these funds meant for their welfare’’.
He announced that Local Bodies are also being vested with significantly enhanced devolution of powers in line with best practices in the country, which will enable them to address most of the local issues in their jurisdictions.
He said the Central Government is providing all possible support to the State Government for smooth conduct of Panchayat and Municipal elections including deployment of Central forces in sufficient numbers.
Municipal elections in the State will be held in four-phases in Jammu and Kashmir on October 8, 10, 13 and 16 while Panchayat polls will be held in nine phases in November and December. The Union Home Ministry has agreed to provide 400 additional companies of para-military forces to the State for smooth conduct of polls.
The Union Home Minister also referred to strengthening of Ladakh Autonomous Hill Development Council (LAHDC), Leh ad Kargil.
“The Leh and Kargil Councils have been strengthened and empowered to become the most autonomous councils in the country to address various issues being faced by people living in the remote areas of Ladakh region. The LAHDC, Leh and Kargil have been given more powers to levy and collect local taxes. Control has been given over functioning of various departments as well as the Government employees working for the subjects that are transferred to them,’’ the Union Home Minister said.
He added that properties like public buildings, public roads constructed by LAHDC, Leh and Kargil will now belong to the respective Councils.
“Funds allocated to these Councils from the State budget can now be carried forward for the next year. The Panchayats in Kargil and Leh will also follow directions of these councils. Chief Executive Councilor will also be the Chairman of all Tourism Development Authorities. These Councils will now have a Deputy Chairman for better functioning,’’ Rajnath said.
He also referred to recent MHA announcement on increasing remuneration of about 30,000 Special Police Officers (SPOs) in Jammu and Kashmir.
“Considering the crucial role being played by the Special Police Officers in anti-militancy operations, MHA has enhanced their honorarium from existing Rs 6,000 per month to 9,000 on completion of 5 years and Rs 12,000 on completion of 15 years,’’ he pointed out.
Rajnath said the MHA has approved a scheme of Rs 5.5 lakh financial assistance to nearly 5,764 West Pakistan Refugees settled in J&K.
“Amounts due to the eligible beneficiaries will be transferred in their bank accounts. The State Government has designated Divisional Commiss-ioner Jammu as the Nodal Officer for effective and speedy disbursement of the amount to all eligible beneficiaries,’’ he added.