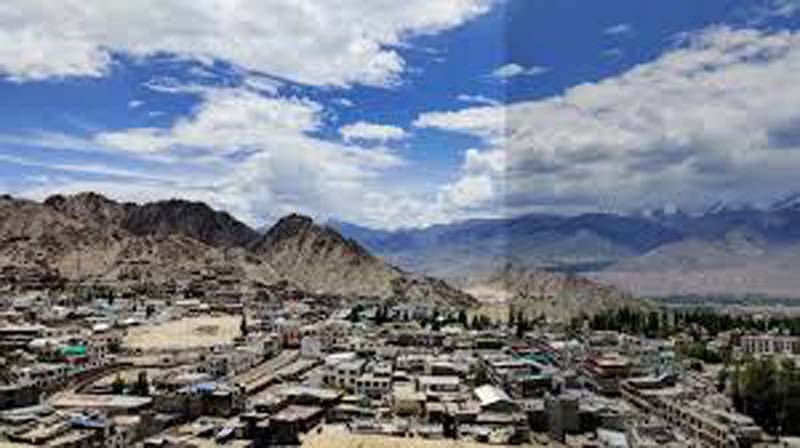 Excelsior Correspondent
JAMMU, Feb 21: The Union Territories of Jammu and Kashmir, and Ladakh recorded below normal rainfall in February but a month-end spell of downpour is expected to slightly improve this deficit, the Meteorological department said today.
“All the three regions of Jammu, Kashmir and Ladakh received deficit rain/snow in February,” Director of Meteorological department Sonam Lotus said.
“Jammu and Kashmir recorded a deficit of 80 to 90 per cent, while Leh in Ladakh witnessed a deficit of 97 per cent and the nearby Kargil 53 per cent deficit,” he added.
Lotus said a fresh spell of rain and snow (in higher reaches) of Jammu and Kashmir and Kargil in Ladakh is likely during February 28-29 is expected to slightly improve this deficit.
After dry weather, most parts of Jammu and Kashmir, and Ladakh experienced rainfall with some places in high altitude areas including Gulmarg witnessing snow over the past two days.
“The weather is likely to remain dry till February 27. There will be a gradual rise in day temperature from today (Friday) onwards,” Lotus said.
The winter capital of Jammu recorded the highest 12.8 mm of rainfall during the past 24 hours, followed by Kathua at 7.2 mm, Katra 5.6 mm and Banihal 2.8 mm, a spokesman of the MeT department said.
He said the famous ski resort of Gulmarg in North Kashmir recorded 14 cm snowfall over the past two days, while the rainfall in most parts of the Valley ranged between zero to 4.8 mm.
A bright sun shone in the twin capital cities of Jammu and Srinagar this morning after remaining hidden behind clouds for the last two days.
Jammu city recorded a low of 11.5 degrees Celsius against the previous night’s 17.2 degrees Celsius, while the minimum temperature in Srinagar dropped to 2.4 degrees Celsius against the previous night’s 3.6 degrees Celsius, the spokesman said.
Gulmarg was the coldest recorded place in the Valley with a low of minus 8.0 degrees Celsius followed by Pahalgam hill resort at minus 3.8 degrees Celsius, the spokesman said.
Drass in Ladakh continues to be the coldest recorded place in the region with a night temperature of minus 19.4 degrees Celsius, the spokesman said, adding Leh was reeling at bone chilling minus 7.1 degrees Celsius. (PTI)