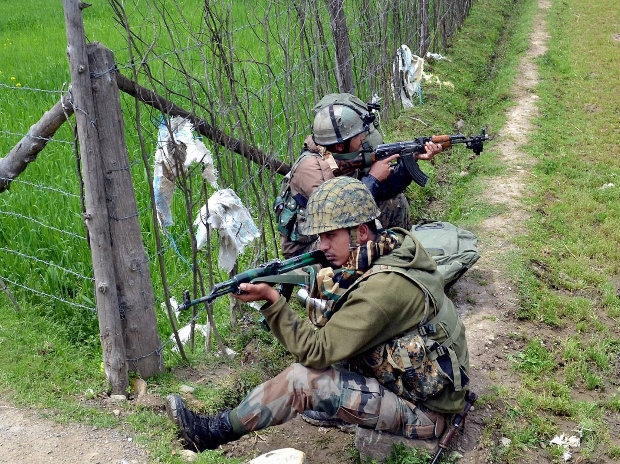 Srinagar : Two militants were killed on Saturday as the Army foiled an infiltration attempt along the Line of Control (LoC) in Naugam sector of Jammu and Kashmir, a defence spokesperson said.
Early in the morning, suspicious movement was detected by the troops along the Line of Control at Naugam sector in north Kashmir’s Kupwara district, defence spokesperson Colonel Rajesh Kalia said.
The troops swiftly launched an ambush which led to the killing of the two militants, he said, adding that two AK-47 rifles and war-like stores were seized from the spot. (Agencies)