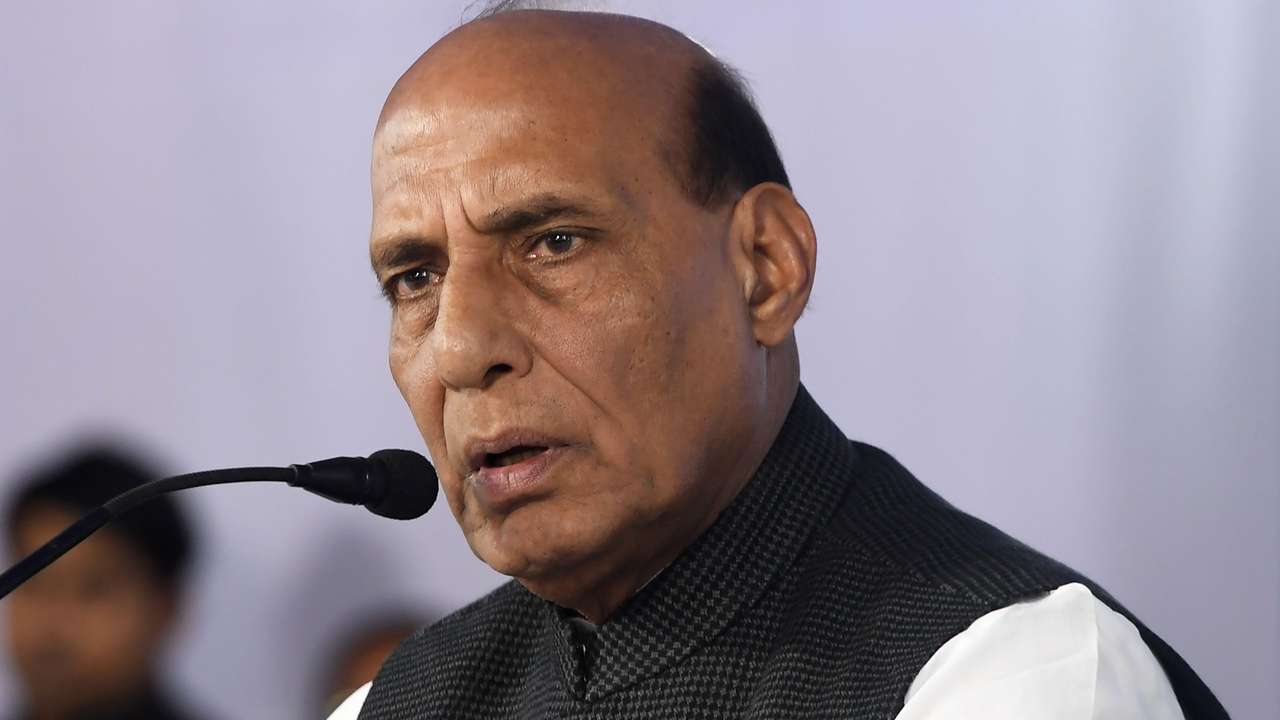 LUCKNOW, Jan 24: Union Home Minister Rajnath Singh today said that violence in Jammu and Kashmir could not be contained till Pakistan is involved in the cross border terrorism, but claimed that the NDA regime at the Centre, led by Prime Minister Narendra Modi, has seen almost the end of insurgency in North-Eastern States and breaking of backbone of the Naxalites, besides declining of terrorism-related incidents.
“We have got a major achievement in almost ending the insurgency in NE, while the Naxalite activities have also come down by at least 50 per cent,” he said.
Talking to reporters here, Singh said the situation is Kashmir is concerning, but till Pakistan stops cross-border terrorism, it is hard to create peace there.
“Though the Government in Pakistan talks about peace and harmony, but everyone knows that ISI has total control over the Government hence, nothing can be achieved,” he added.
Singh said that now terrorism too is on decline and their anti-national acts have come down, but still near the Indo-Pakistan border, regular encounters are taking place.
He also said that the fall of PDP-BJP Government was nothing surprising, as everyone knew that PDP would not go to the Lok Sabha polls with BJP over their ideology to support the terrorists.
When asked about the controversial Citizenship Bill concerning the North Eastern States, the Home Minister said there is a division in the opinion and confusion over the Bill.
“We are trying to solve it by holding talks with the concerned,” he claimed. (UNI)