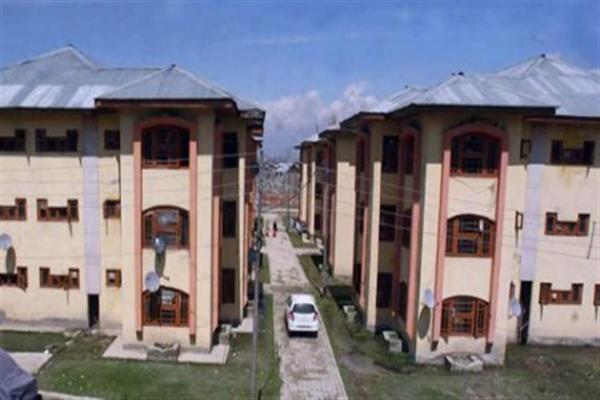 Excelsior Correspondent
SRINAGAR, Sept 20: Government has ordered inquiry into the works that were executed by Commissioner Relief and Rehabilitation (M) in various migrant camps across the State without inviting tenders.
The Department of Disaster Management Relief, Rehabilitation and Reconstruction while ordering inquiry into works without tenders in migrant camps for last one year appointed two officers as inquiry officers and they have been asked to submit the report within 15 days.
The Government order (No. 54-DMRRR of 2018 dated 18-09-2018) read: “Sanction is hereby accorded to the appointment of following officers Department of Disaster Management Relief, Rehabilitation and Reconstruction as inquiry officers to inquire into the matter as to how works have been executed without tenders in migrant camps.”
The officers who have been appointed as inquiry officers are: Mohammad Akbar Wani, Special Secretary to Government Department of DMRRR and Zahoor Ahmad Wani, Director Finance Department of DMRRR.
It may be mentioned here that the Daily Excelsior had last month reported that works worth around Rs one crore were executed last year without inviting tenders and fulfillment of codal formalities by Relief and Rehabilitation Commissioner. Out of these untendered works- executed without Administrative Approval, budgetary provisions and approved estimates- 22 have been executed by a single contractor which points towards the nexus between the officials and contractors.
The 32 works without tenders were executed at Migrants camps of Baramulla, Nathnussa Kupwara, Mattan Anantnag, Vessu Anantnag, Jagti, Bhagwati Nagar and Shastri Nagar in Jammu and Relief Commissioner’s Office during last year for Rs 92.89 lakhs.
However, Relief and Rehabilitation Commissioner ML Raina said that the directions for such works were given by the Minister and higher authorities during their visits to the camps. Sources said it is not last year only, this year works are being executed in various migrant camps without tenders.
Even the works for laying of ceramic and wooden tiles, replacement of electric gadgets, construction of septic tanks and other normal works were shown as those of emergency nature. And the repairs carried out in the office of Relief Commissioner have been shown as emergency works which were executed without tenders.
As per the procedures laid down by the Finance Department, there is no provision for executing works without inviting tenders and such method can be adopted only in case some emergency services only. Such provision is only available for restoration works which are carried out during natural disasters and Deputy Commissioner is the only authority who can authorise taking up of works without inviting tenders.