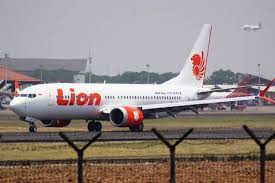 Jakarta, Dec 29:Indonesia has lifted a ban on the Boeing 737 Max, more than three years after the Lion Air disaster that killed all 189 people on board, BBC reported here on Wednesday.

The plane maker saw its best-selling aircraft being grounded globally after a deadly crash in March 2019 involving an Ethiopian Airlines 737 Max.

Indonesia’s transport ministry said in a statement that the the ban has been lifted with immediate effect, and that it follows regulators’ checks of changes made to the aircraft’s systems, adding that airlines must follow airworthiness directives and inspect their planes before they can fly the 737 Max again, adding that government officials would also inspect the planes.

However, Indonesia’s national flag carrier Garuda said it had no plans to reintroduce the plane to its fleet as it focuses on debt restructuring. (UNI)