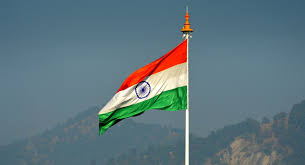 That fluttering of the Indian Flag in Kashmir should make a special news in the ordinary course appears somewhat strange as Jammu and Kashmir being a part of India like any other State /UT is but looking to what wide scale devastation and destruction, in every sphere of the activities, Pakistan sponsored terrorism brought in Kashmir for nearly four decades , unfurling of the Indian Flag everywhere in Kashmir is no mean achievement. It is more so when there were not only challenges but inciting the people as well in respect of none even daring to touch the “Tiranga” in case Article 370 was even remotely tinkered . It is to be believed that in Jammu and Kashmir, this Independence Day a new history has been scripted in the sense that nearly 7 lakh functions , small and big, with over 17 lakh people’s active participation took place according the day a national festival of special nature in the Union Territory. The lines oft spoken rather casually that “Ek Pehloo Yeh Bhi Hai Kashmir Key Tasweer Ka…..” have today assumed historic connotations. While on the one hand, in the words of the Lieutenant Governor Jammu and Kashmir is scripting history in every sphere , on the other, any amount of complacency could jeopardise the sustainability of security scenario and upset the entire applecart of achievements.
What we have seen in Kashmir post abrogation of the vexatious Article is not only unfurling of the Pakistani Flags at certain points now becoming a story of the past but people coming forward to embrace the Tiranga , hold it with reverence and adore their houses, shops and institutions with it by unfurling it at prominent spots all spontaneously and willingly. We saw it last year , we saw it more spectacularly this year on both the national events – the Republic Day as well as the Independence Day.
Since this year’s Independence Day celebrations assumed historical significance on account of the “Aazadi Ka Amrit Mahotsav” coinciding with completing 75 years of independence, we saw right from August 13, chowks, lakes, rivers, institutions, buildings, clock towers etc bathed in the tricolour, similarly in district headquarters, tehsils and villages also well before the actual celebrations on August 15 across Jammu and Kashmir.
Lieutenant Governor Manoj Sinha while watching the Tiranga Yatra along the famous Dal Lake in Srinagar made the observations and rightly so about the incidents though sporadic but craftily organised and engineered by the duo forces of secessionist and militant groups of hoisting of Pakistani Flags in Kashmir on August 14 . Putting a valid question about the ”quality” of efforts made earlier and motivation of people done to hoisting of the National Flag and since there were virtually nil efforts , the same people have raised the flag with enthusiasm and offered salutations to it in different organised events in Schools, Colleges, buildings , institutions and the like. What is all about celebrating “Aazadi Ka Amrit Mahotsav”, there could be no better clarification than what the Lt. Governor described as inspiring future generations by making them aware about the ”cost” of the freedom in respect of the quantum of invaluable contributions made by our heroes and martyrs. Even post independence in preserving and protecting it , innumerable sacrifices rendered by our valiant Armed Forces has made this nation remain indebted to these martyrs. In other words, unless we evaluate the hard earned freedom , probably we cannot precisely assess its importance of preserving it.
The conditions in Kashmir undoubtedly have tremendously changed for the better. Secessionism and separatism have gone in deep hibernation never ever to wake up again . Incidents of terror attacks and stone throwing have considerably been less . Overall development , increase in tourist footfall , trade and commerce has been picking up its momentum fast , hartals and bandhs have become extinct now which used to be frequent and of long durations. However, since all these changes are virtually a death knell for the militants and their mentors, there have been incidents of targeted killings of innocents to spread fear and confusion. Though the persons ”at risk” should at the first instance be provided with adequate security , reports of there having been instances where the vulnerable victims at times compromise with their security requirements and move out without the cover should be avoided at all costs . Since the Over Ground Workers (OGWs) working for the Pakistan sponsored terrorists provide pointed information to them about their ”exposed” targets , the victims are killed in cold blood. That is unfortunate and a deliberate move to having a telling effect on the vastly changed scenario in Kashmr. Strategies, quite effective and sustainable , have to be evolved to wage a decisive war against Pakistan sponsored terrorism as continuously losing innocent precious lives cannot be taken as something of a ”routine”.