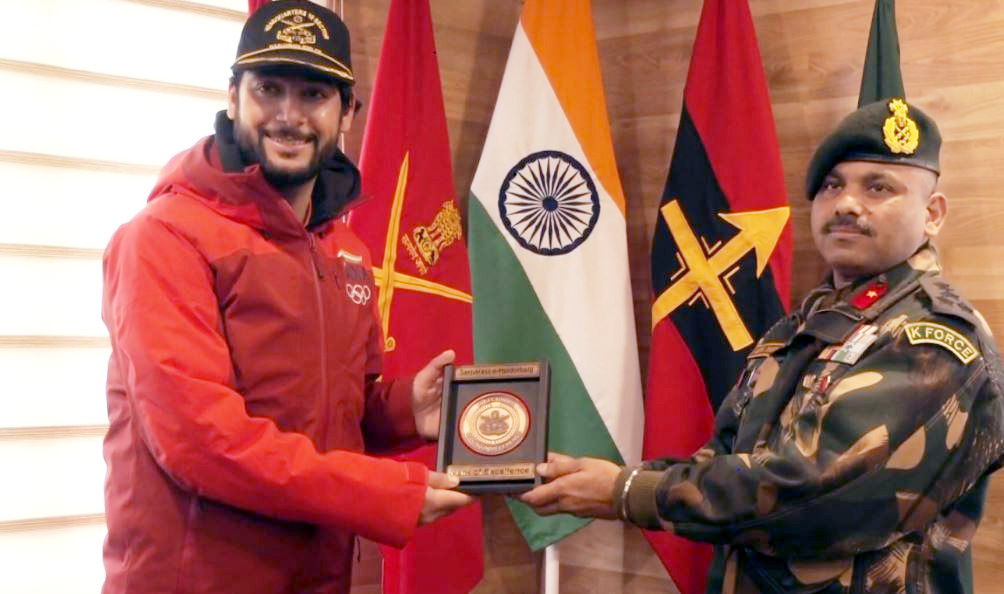 Baramulla, Feb 26: Indian Army felicitated skier Arif Khan on Saturday, who recently participated in Winter Olympics which was being held in Beijing, China.
Arif Khan was the only Indian athlete to participate in the Beijing Winter Olympics 2022 and got 53rd giant slalom discipline of Alpine Skiing which made India proud.
The Ski player said, “I feel so happy that the Indian Army organised this event. This event has a clear intention and that is to support us and also inspire other athletes.”
He stated that he had a great journey from being nothing to being an Olympic player. He also said that his hard work pays him well.
Arif Khan also gave a message that hard work is the main key behind success and also called upon the youth to involve in activities that can inspire others. His family was happy with the felicitation by the Army.
Mehraj Ud Din Khan, Arif Khan’s brother said, “I feel very proud of my brother when he represented our country in Olympics.” (AGENCIES)