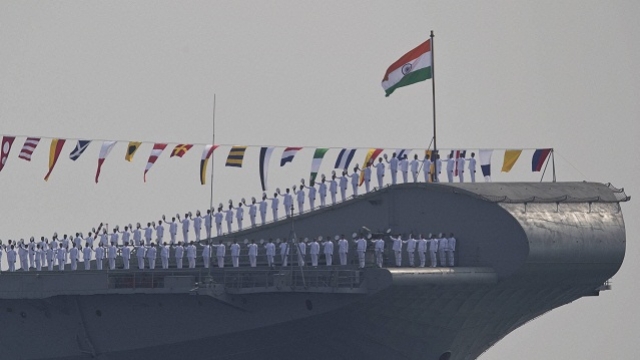 NEW DELHI, Dec 8: The Government on Thursday said it is in touch with authorities in Nigeria and Equatorial Guinea for securing release of 16 Indian sailors who were part of the crew of a commercial ship that was detained in August.
The Indian sailors have been reportedly in detention in Equatorial Guinea.
According to the charge sheet filed on November 14 by the Nigerian side in the court, three charges have been levelled against the crew members which comprise conspiracy, evasion of lawful interception, and unlawful export of crude oil, External Affairs Minister S Jaishankar said.
He was replying to a question on the matter in Rajya Sabha.
“The Government is aware of the detention of the ship MT Heroic Idun since August and has been engaged with relevant authorities on the matter through our missions in Equatorial Guinea and Nigeria. They are also in touch with the OSM Shipping Company,” he said.
Jaishankar said the detained crew members are about 26 which includes nationalities of India (16), Poland, Philippines and Sri Lanka.
“Our Mission in Abuja is extending all consular services to ensure the safety and welfare of the Indian crew members aboard the vessel MT Heroic Idun and working towards their early release,” Jaishankar said.
He said the Indian mission has sought assistance of the Nigerian authorities and through legal means for expeditious finalisation of the legal process for the early release of the Indian crew members.
To a separate question, Jaishankar said his ministry is aware of the challenges being faced by Indian travellers in the last two years for obtaining visas for the US, the UK, and some other nations, particularly in the wake of the COVID-19 pandemic.
“The Government of India has taken up with the concerned Governments the easing of visa issual for all categories of Indian travellers,” he said. “There is no connection between issuance of visas to Indian nationals and incoming tourist arrivals in India,” he added. (PTI)