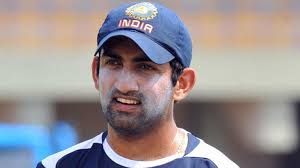 NEW DELHI: Former Indian cricketer Gautam Gambhir on Monday said that India should boycott the final match, if it is against Pakistan.

“We should break all kinds of sports and cricket relations with Pakistan.” Gambhir said on the sidelines of an event here.

”India shouldn’t play match with Pakistan on June 16. Even if both teams reach the final, India should set an example for the entire world by boycotting the final between the two countries”, the former Indian opener added.

Answering a hypothetical question that if India does such a boycott, then it might have to face isolation from the International sports bodies, Gambhir said,” Often, we have to sacrifice for the country and we should be ready for such a sacrifice.”

Following the terrorist attack in Pulwama of Kashmir on February 14 that killed 44 CRPF jawans, Gambhir had said in stern words that India should snap all cricketing ties with Pakistan.

However, the BCCI had appealed to the ICC to snap ties with countries, from where terror spread. But, the request was turned down at the ICC board meeting in Dubai. (AGENCIES)