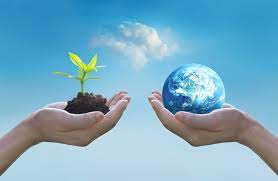 Dr. Gyan Pathak
The week ending July 2022 is an opportunity for India and the world to make a history by supporting a resolution in the United Nations General Assembly that seeks making the right to have a clean, healthy and sustainable environment a human right. Modi Government must not repeat its mistake of abstention as in October 2021 when the resolution came to vote in the UN Human Rights Council with another three countries Russia, China and Japan, but the resolution was passed with 43 votes.
It was the time when the Yamuna River stretch in the National Capital of Delhi was in news for its being the worst polluted river in the country. Not only that the air pollutions has made the National Capital Territory of Delhi the worst polluted city on earth.
It is despite the fact that right to safe environment is provided to the people of India through Article 21 of the Constitution of India dealing with the right to life which includes, inter alia, the right to survive as a species, quality of life, the right to live with dignity and the right to livelihood. The right to a clean environment is rooted in the Stockholm Declaration of 1972, popularly known as Magna Carta of human environment.
It was in this backdrop, in 1976, the forty-second amendment to the Constitution of India brought two significant changes in the form of Article 48 A and 51 A (g) making India the first in the world conferring constitutional status to the environment protection. Article 48A states that the State shall endeavour to protect and improve the environment and to safeguard the forests and wildlife of the country, and Article 51A(g) states that it is a duty of every citizen to protect and preserve the environment.
The spirit and letter of other laws in India, such as Wildlife (protection) Act, 1972, Water (prevention and control of pollution) Act 1974, the Forest (conservation) Act, 1989, the Air (prevention and control of pollution) Act, 1981, the Environment (protection) Act, 1986, and the National Green Tribunal Act 2010 and several other legal and administrative provisions also make Modi government both legally and morally to support the right of people to safe and clean environment. Even ‘Caring for the Earth 1991’ and the ‘Earth Summit 1992’ declared that human beings are entitled to a healthy and productive life in harmony with nature.
Under such a glorious past of Indian position, and also global concerns, Modi government was supposed to behave responsibly, but it did not support the resolution brought by world’s five of the most endangered countries from climate change – Costa Rica, the Maldives, Morocco, Slovenia, and Switzerland – in the UN Human Rights Council last year. However, the resolution was passed recognizing the human right to a clean, healthy and sustainable environment.
In June 2022, the draft text of the resolution was brought in the 193-member UN General Assembly that is expected to vote on it in the coming week. The resolution recognizes the right to a clean, healthy and sustainable environment as a human right essential for the full enjoyment of all human rights and, among others, calls upon States and international organizations to adopt policies and scale up efforts to ensure a clean, healthy and sustainable environment for all. Since this right was not included in the Universal Declaration of Human Rights in 1948, the present resolution is historic and will change the very nature of international human rights law.
Supporting this resolution is all more important because the humanity has been facing a triple environmental crisis – rapid climate change, the loss of biodiversity and pervasive toxic pollution – that’s killing 9 million people every year in the world.
However, most of the government fear the passage of the resolution, since it would then become a powerful tool in the hands of the people to hold our governments accountable for the sufferings of the people and the politicians of the ruling establishments may lose their share in the loot of natural resources by profiteers making the air, water, and the entire environment unsafe for all forms of life including humans.
Though General Assembly resolutions are not binding, meaning countries don’t have a legal obligation to comply with them, they certainly will have moral obligation for taking appropriate actions. All ruling politicians are not thick-skinned and many can bring legislations and give top priorities, such as we have seen in the case of the 2010 resolution of the ‘right to clean drinking water and sanitation’.
UN-Human Rights Council along with several other UN Experts and Special Rapporteurs, the UN Environment Programme (UNEP), as well as the High Commissioner of Human Rights have expressed their support for the resolution. Last June, the Stockholm+50 conference outcome had also recommended that States “recognise and implement the right to a clean, healthy and sustainable environment”. It is included as a priority for UN Secretary-General as reflected in “Our Common Agenda and the Call to Action on Human Rights.”
Modi government of India, therefore, must support the resolution, to save its people and to save the humanity from ever rising pollution bringing catastrophe. (IPA)